If home is where your heart is, Mr. Fancy definitely belongs with Ann Bosche.

Bosche, an animal rescuer, gave the stray up to an animal shelter but says he escaped 20 minutes after she dropped him off and somehow battled busy streets and rough neighborhoods to find his way back to her.

“We get several dogs and cats dropped off in this neighborhood so I figured this was another one,” Bosche said. “What came out from under that bush was a large, beautiful cat with a white tip on his tail. I said, ‘Aren’t you a fancy thing?'”

So, naturally, she named him Mr. Fancy. He stuck around for a month, just long enough for Bosche to fall for him. But, since she and her husband were already parents to a dog and two cats, they made the tough decision to bring the kitty to an animal shelter. “I cried the five miles back to my house,” she told Care2.com.

Mr. Fancy clearly didn’t fancy shelter life either, so he took it upon himself to find his way home. Bosche says he broke out of the animal shelter 20 minutes after she left him, although she didn’t know it at the time.

A month later, Bosche awoke to her husband having a conversation with someone in the kitchen. “I looked at the clock and wondered who was at my house at 5:30 a.m.,” she said. “I got up to see and what I found was nothing short of a miracle. I saw a cat, sitting at my husband’s feet, talking to him.”

There was no doubt in Bosche’s mind that Mr. Fancy was now a purr-manent family member. “This cat spent a month traveling along busy streets, rail road lines, and rough neighborhoods trying to find me,” she said. “I think he had a guardian angel looking out for him, directing him back to my house. I love him so much and feel we were meant to be together. He belongs here. Mr. Fancy will never want for a home, food or love again.” 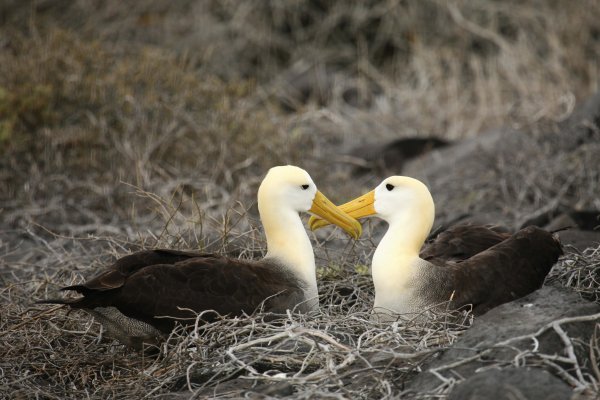 What We Can Learn From the Love Life of Birds
Next Up: Editor's Pick