Narendra Modi wasn’t a candidate in the recently concluded city-wide elections in Delhi, the early results of which, on Tuesday morning, pointed to an overwhelming victory for an upstart ant-corruption political party. But as the ballots were counted and the scale of the Aam Aadmi, or Common Man, Party’s (AAP) triumph became clear, there was little doubt that the Indian Prime Minister had nonetheless suffered a crushing loss—his first since he led his Hindu nationalist Bharatiya Janata Party (BJP) to victory in national elections last year.

Modi’s lieutenants had hoped that his personal popularity—which helped the BJP secure the biggest single-party majority in thirty years in the national contest last May—would carry them over the finish line in Delhi. Although the BJP nominated a chief ministerial candidate for the city’s top job, its campaign billboards and posters centered on images of a smiling Modi and the party’s radio advertisements encouraged voters to elect a “Modi government.” Images of Kiran Bedi, an ex-senior police officer whom the BJP recruited late in the contest to be its chief ministerial nominee, were less common in the party’s hoardings—and when they appeared, were often smaller and clearly secondary to Modi’s.

But right from the start, the BJP struggled to replicate the kind of momentum that had propelled it to victory on the national stage last year. In May, Modi had deftly harnessed a growing feeling of disillusionment with the then Congress Party-led national government to gallop to victory, promising better governance and an emphasis on economic development following a series of high-profile corruption scandals and a period of lackluster economic growth. BJP strategists dusted off the same playbook for the Delhi contest. Alongside shots of Modi, the party’s saffron-colored billboards promised “all-round development” for the city if its citizens backed the party with an absolute majority in Delhi’s 70-seat legislature.

The gambit failed—and spectacularly so. By mid-afternoon on Tuesday, the AAP had won at least 31 seats and was leading in a further 36 seats, suggesting almost complete control of the Delhi legislature. The BJP, in contrast, had won 2 seats, and was a leading in a third, while the Congress had been wiped off the Delhi map, failing to win even one seat. With the trends so clearly in favor of the AAP, Modi rang up the party’s chief ministerial candidate Arvind Kejriwal earlier in the day to offer his congratulations. (Final results late on Tuesday confirmed that the AAP had won 67 seats, leaving only three for the BJP.)

Only months ago, Tuesday’s outcome in Delhi would have seemed unthinkable, as the BJP’s star rose and the AAP appeared a spent force after an abortive stint running the Indian capital.

In Dec. 2013, the AAP, then less than a year old, confounded expectations by winning 28 seats in the city’s 70-seat legislature. Though short of a clear majority, the young party, which sprung from a popular anti-corruption movement, did well enough to form a minority administration and Kejriwal became Delhi’s chief minister. But the government fell after just 49 days, when Kejriwal, a former tax department official, resigned, blaming opposition parties for frustrating his plans to introduce an anti-corruption law. Critics, however, said his decision to step down in Feb. 2013 showed that the AAP was better at campaigning than governing. Undaunted, Kejriwal returned to electioneering by standing against Modi in the Varanasi parliamentary constituency in the northern state of Uttar Pradesh in the national polls in May. But he was crushed as Modi and the BJP swept to victory.

In recent weeks, Kejriwal campaigned in Delhi for a second time by first apologizing for quitting when he had a chance to govern in 2014. “People felt hurt that they invested so much of themselves in a party and movement that was seen to have walked away,” he wrote recently.

Along with the contrition, there were promises to, among other things, stamp out corruption from the city administration and drive down electricity tariffs. It worked. Appearing before a jubilant crowd of party workers in Delhi on Tuesday, Kejriwal said the support for the AAP was “scary” and warned his party colleagues against becoming too confident in the aftermath of their stunning achievement. Both the Congress, which ran the city government for a decade-and-a-half until 2013, and the BJP had been undone by their arrogance, he added.

The outstanding question, after the BJP’s failure in Delhi, is whether the AAP’s success will have consequences beyond the capital.

While last year’s general elections gave the BJP a clear majority in the lower house of the Indian parliament, the party remains in the minority in the indirectly-elected upper chamber, which has stood in the way of Modi’s proposals to reform the Indian economy. As a result, the Indian leader has resorted to a series of temporary executive orders to, for example, speed-up the acquisition of land for industrial projects. To make it easier for Modi to legislate, the BJP needs to win state elections and increase its tally of state-level legislators, who elect members of the upper chamber of the national parliament. Until its defeat in Delhi, the BJP had notched up a number of state-level wins that were widely-attributed to Modi’s continuing appeal. The local media lauded a “Modi-wave” as the party recorded gains around the nation.

But the Delhi result, and Kejriwal’s triumph, punctures that narrative ahead of other state elections in the coming months and years. Losses in those contests could ultimately puncture Modi’s agenda. 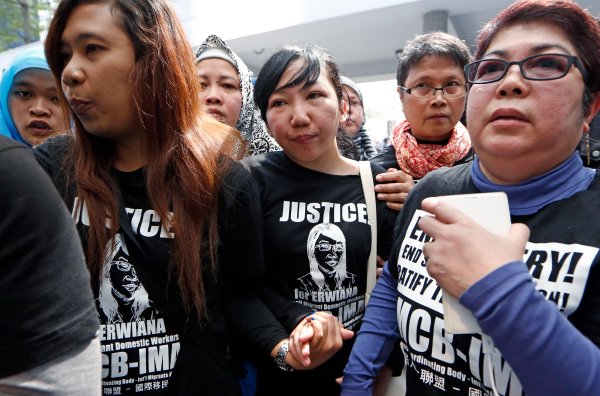