5 Myths and Facts About Your Microwave

Microwave cooking has sparked a number of myths since the “space oven’s” creation. Read up on the most common microwave myths, and which ones are legit.

Myth: Microwaving food is a danger to nutrients

Nope, you shouldn’t be overly concerned about microwaves messing with nutrients. “There is no specific harm of microwaving with regard to nutrient levels,” says David Katz, MD, director of Yale University’s Prevention Research Center. In fact, any type of cooking can chemically change a food and its nutrient content: Vitamin C, omega-3 fats, and some bioflavanoid antioxidants are more sensitive to heat in general, Dr. Katz says. Nutrients from veggies can also leach into cooking water. Since you’re apt to use less water when cooking in a microwave, your food might even be better off.

Read more: The 20 Best Foods to Eat for Breakfast

Fact: You should be careful with plastics

Microwaving plastics is definitely a no-no because it can lead to the containers breaking down and allowing more chemicals like BPA and phthalates to leach into your food. Many companies today make BPA-free and “microwave safe” containers. However, in a 2011 study in Environmental Health Perspectives, researchers tested 455 plastic products, from baby bottles to food containers, and found nearly all of them still leached estrogenic chemicals, which have been linked to obesity and some forms of cancer. Even plastics marketed as BPA-free were guilty. The ubiquity of plastics makes it hard to avoid them completely. But the best advice is to avoid them when you can, and always transfer food to a glass or ceramic dish before microwaving, Dr. Katz says.

Myth: Reheating pasta can make it healthier (for now, at least)

A recent experiment on the BBC investigative health program Trust Me, I’m a Doctor sparked buzz after finding that when pasta was cooked, cooled, then reheated in a microwave, it reduced participants’ post-meal rise in blood glucose by 50%. The reason, researchers said, is that pasta that’s cooled and reheated acts like resistant starch, preventing the gut from breaking down carbs and absorbing them as sugar. But don’t get too excited. That was one study including a measly nine volunteers, so Dr. Katz says to take it with a grain of salt for now. His advice: stick with whole-grain pasta instead, which experts know is healthier. (Due to the higher fiber content, blood sugar does not spike as quickly as it does after eating refined pasta.) “For sure, whole-grain pasta has a lower glycemic effect than refined pasta, whether or not it is reheated,” he says.

Myth: Microwaves cook food all the way through

When it comes to cooking, microwaves penetrate food to a depth of 1 to 1.5 inches, according to the USDA. So heat won’t be able to reach the center of really thick pieces of food, Dr. Katz says. This is especially dangerous for poultry or red meat because you can get food poisoning from undercooked meat. You’re better off using your microwave as an assistant in your kitchen, for re-heating food you already cooked or thawing something you’re about to cook.

Read more: 20 Foods You Should Always Have in Your Kitchen

The reason it’s called a “microwave” is because it emits microwaves, a type of electromagnetic radiation, to heat your food. It’s absolutely an old wives’ tale that microwaves are the same as cancer-causing radiation. All they do is cause the molecules in food to move and the molecular motion is what causes the heat, Dr. Katz explains. And you can’t get cancer just by standing next to a microwave oven either: The microwaves are mostly contained within the oven itself when it’s on, and any that leak out are limited to a level far below what could actually hurt you, according to the American Cancer Society. 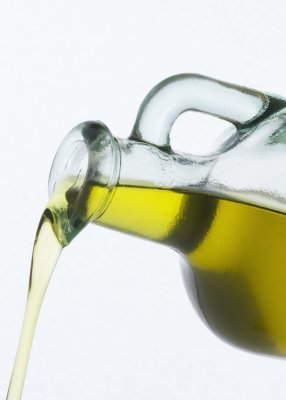