Boston is considering dumping snow into the ocean as it runs out of room to deposit its recent snowfall.

The city has received 61 inches in the past 30 days, and Mayor Martin J. Walsh says Boston’s snow melters are unable to keep up with the demand, the Boston Globe reports. The city’s vacant “snow farms” are also almost filled up.

“We’re going to explore the opportunity of putting this snow in the ocean,” Walsh said. “We’re looking at that now because of the amount of snow we have.”

Dumping snow into the ocean is normally prohibited, except for special occasions when extreme snowfall puts public safety at risk. A spokesperson for the Massachusetts Department of Environmental Protection says the snow-removal tactic is allowed, as long as the city notifies the state and the Boston Conservation Commission. Several other cities in the state have already notified state authorities of similar plans.

“We’re not at a public safety concern yet, but we will be if we keep getting snow like this,” Walsh said. 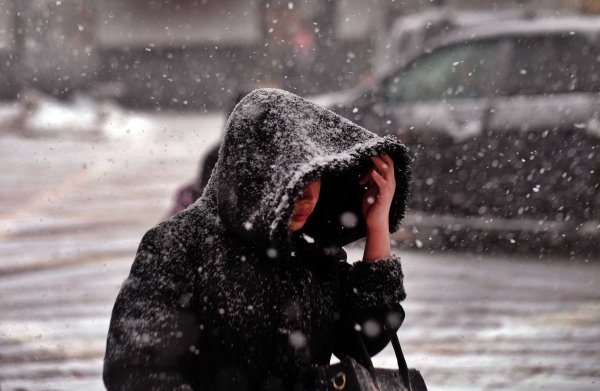 Northeast Braces for Yet More Snow
Next Up: Editor's Pick