Republicans have long struggled to catch-up to Democrats on high-tech voter outreach as well as courting younger voters. Jeb Bush may have found a way to kill two birds with one stone.

The former Florida governor has tapped the co-founder of Hipster.com as his chief technology officer, according to his LinkedIn profile. Ethan Czahor, a Santa Monica-based technologist, will run the preparations for Bush’s presidential run at his political action committee, Right to Rise.

Hidden in the website code was a message to would-be Bush coders: “Want to work on the greatest political tech stack ever created?”

Czahor served as the CTO of Ready to Win, the for-profit company founded by investor and former J. Crew CEO Dick Boyce to boost the Republican Party’s technological efforts before the 2016 presidential campaign.

He co-founded the short-lived local Q&A and photo-sharing site Hipster.com, which was purchased by AOL in 2012. He also was the vice president of engineering at The Honest Company, the Jessica Alba-backed non-toxic diaper and consumer goods company.

On Tuesday, Bush is set to release a website featuring tens of thousands of email messages from his time as governor, as well as the first chapter from his forthcoming e-book on his time in office.

Czahor and Right to Rise PAC did not return requests for comment. 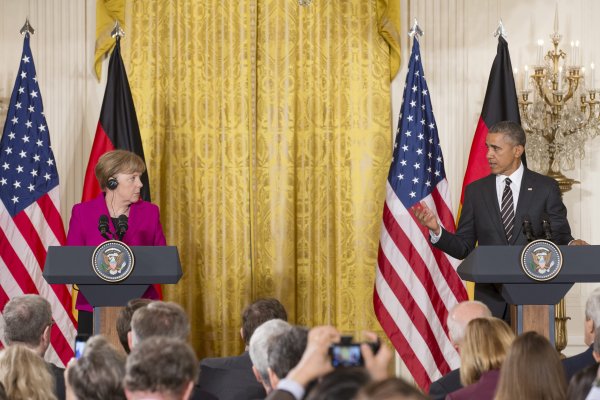 Decision Time for Iran
Next Up: Editor's Pick