Egyptian Fans Blame Police for the Death of 22 in Stampede

Policemen and soccer fans are seen through barbed wire as fans attempt to enter a stadium to watch a match, on the outskirts of Cairo, Feb. 8, 2015.
Al Youm Al Saabi—Reuters
By Jared Malsin in Cairo

Egyptian soccer fans have accused the police of a premeditated attack on them after a confrontation outside a Cairo stadium left at least 22 people dead on Sunday.

In post on their Facebook page Members of the “White Knights”, a group of supporters of the Zamalek team, said that the police were responsible for “a deliberate massacre, premeditated murder.”

The families and friends of the dead huddled in an alley outside the morgue in Cairo’s Zeinhom neighborhood on Monday morning. Some sat on the sidewalk, their faces contorted, waiting for hours for bodies to emerge.

Among them was a young a 21-year-old man who gave only his nickname, “Suissy,” who says he was present when police fired on crowds outside the gates of Cairo’s Air Defense Stadium. The young man wore a white scarf printed in red with the words “White Knights.” He rolled up the sleeve of his sweater and pointed to a bright red welt on his elbow. “I was hit with birdshot,” he said.

He described the scene that unfolded the previous night. Before Zamalek’s match with ENPPI, another Cairo club, masses of fans pressed toward the gate. The police opened fire with tear gas and birdshot, causing people to run. Most of those who died, he said, were crushed to death.

The young man’s testimony was consistent with video footage posted online that shows a throng of fans surging past ranks of black-clad riot police toward the stadium gates. A large metal fence collapses on top of the crowd. Police, some wearing masks, then open fire in in the direction of the fans.

In a statement, the Interior Ministry said Zamalek fans “tried to storm the stadium gates by force, which prompted the police to prevent them from continuing the assault.”

Soccer fans have played a central role in Egypt’s political unrest over the last four years. The fans participated in large numbers in the 2011 pro-democracy revolt and remain politicized.

For fans, the deaths in Cairo were also a reminder of the violence three years ago at a stadium in Port Said following a game between the city’s Al Masry club and the rival Cairo team Al Ahly. Following the disaster in Port Said, which left more than 70 dead, Egypt’s government banned large crowds from attending Egypt’s premier league matches, a ban that had only been lifted last week.

Analysts said the stadium deaths also underscored the challenge of reforming Egypt’s security forces after a series of deadly incidents involving police. Last month at least 20 people were killed when police confronted protesters on the fourth anniversary of the uprising against Mubarak. In a separate incident, an activist was shot dead in downtown Cairo when activists went to lay wreaths in Cairo’s Tahrir Square.

“There’s never a commitment to doing wide-ranging structural reform among the security forces,” said Dr. H.A. Hellyer, a fellow at the Center for Middle East Policy at the Brookings Institution in Washington. “When it comes to accountability it’s a very deep issue. When something like this happens, without accountability then brought to bear, it means that it can happen again and again.” 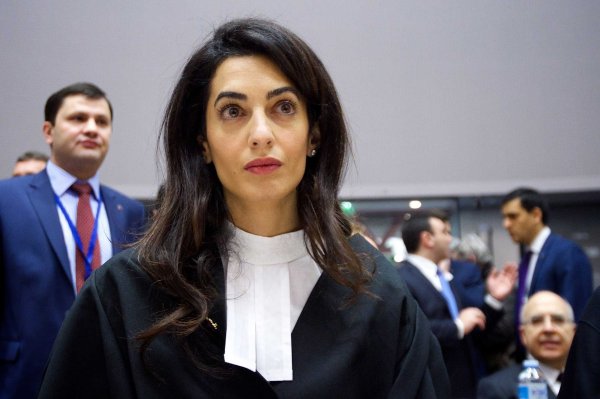 Amal Clooney to Visit Egypt to Push for Journalist's Release
Next Up: Editor's Pick