Greg Hardy of the Carolina Panthers looks out on the field during a game against the Tampa Bay Buccaneers on Sept. 7, 2014 in Tampa, Fla.
Charlotte Observer—Getty Images
By Scooby Axson / Sports Illustrated

Misdemeanor domestic abuse charges were dropped against Carolina Panthers defensive end Greg Hardy after his accuser failed to show up to testify, the Charlotte Observer reports.

The dropped charges come hours before Hardy was to face a trial. The prosecution said that Hardy and his accuser are believed to have reached a civil settlement.

Hardy was arrested last May and charged with physically assaulting his former girlfriend, Nicole Holder. Mecklenburg County district attorney Andrew Murray said that Holder made herself “completely unavailable” and that his office has taken “extraordinary efforts” to locate her.

Hardy was accused of choking Holder and threatening to kill her after he allegedly threw her on to a futon covered with firearms.

Hardy was convicted in a bench trial last year and given a 60-day suspended sentence and probation. That punishment was vacated when Hardy appealed the verdict.

Hardy sat out the final 15 games last season and collected his $13 million salary while on the NFL’s commissioner’s exempt list. He had 15 sacks and 40 tackles for the Panthers in 2013 before the team’s placed the franchise tag on him during the offseason. 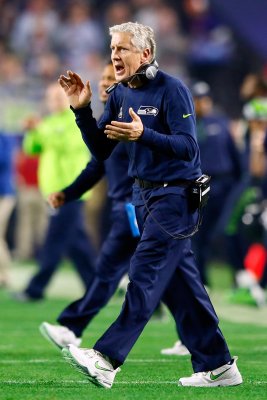