EU Pushes For Greater Integration Into an Energy Union

European nations met in Latvia last Friday to devise a strategy to unify their energy sectors.

The Feb. 6 meeting in Riga by European Union energy ministers sought to find ways to increase interconnections across the continent to better insulate countries from dependence on Russia for natural gas. It also hopes to support new and cleaner generation – the EU has passed ambitious energy and climate goals for 2030, but still lacks the legal framework to achieve those goals, as the IEA noted in a 2014 report.

One of the main stumbling blocks to a European-wide “energy union” is the dearth of high-voltage transmission lines and major natural gas pipelines that traverse multiple countries.

While that appears to be merely an engineering challenge, the bigger obstacle is political. As with much of EU policy, national governments are reluctant to forgo sovereign power for the sake of EU goals.

But, the EU hopes that the summit will mark “the time when we finally move away from 28 national policies,” as European Commission Vice President Maros Sefcovic put it. The EU Commission will publish its strategy on Feb. 25.

European nations have made some progress over the past year. In 2014, Lithuania inaugurated a new liquefied natural gas (LNG) import terminal, which opened up Baltic nations to a vital new source of natural gas. Lithuania’s LNG import terminal gave it another option to Russian gas, and the small Baltic country used that enhanced leverage to win price concessions from Russia.

But with about one-third of EU gas coming from Russia – and Eastern Europe’s share is easily double that percentage – more needs to be done.

“We need to pool our resources, combine our infrastructures and unite our negotiating power vis-à-vis third countries,” European Commission President Jean-Claude Juncker said as part of his opening statement to European Parliament after his election. Juncker wants the energy union to act as a block to give Europe more sway when negotiating energy deals with outsiders.

The central pillar of the energy union, however, is a focus on more gas connections. There has been a stepped up effort on bidirectional gas flows to provide Eastern Europe with a safety valve in the event of a supply disruption.

Moreover, after years of political gamesmanship and regional jockeying, the EU has settled on a two-section gas pipeline that will connect Caspian gas from Azerbaijan to central Europe, cutting out Russia from Europe’s southern corridor. The Trans-Anatolian pipeline (TANAP) will start at the Caspian Sea and run the length of Turkey, hooking up with the Trans-Adriatic pipeline, which will take the gas from there on to Italy. The project should be completed by the end of the decade.

Beyond new gas supplies, the EU wants to liberalize electricity markets and unify rules across member nations. They have tried this before – electricity and gas markets were supposed to have been liberalized by 2007 according to a past EU directive, but there has been a lot of foot-dragging. That is because different states have different priorities and an EU energy union is not necessarily in the interest of key players at the national level. As The Economist noted in a Jan. 17 article, linking up Spanish wind power is something that French nuclear operators might resist.

In fact, it is not clear how the EU is going to overcome a lot of national turf battles. Some countries have regulated electricity pricing, others do not. Some are linked to their neighbors, others are not. Some prioritize clean energy, others put fossil fuels at the top of their agenda.

At its core, the European “energy union” will mean more Europe, which is something that may not be palatable in many countries these days. Anti-EU sentiment is rising – UKIP in the UK, Syriza in Greece, along with anti-EU factions on the right and left in Germany, France, Spain and others. The EU Commission will face an uphill battle. 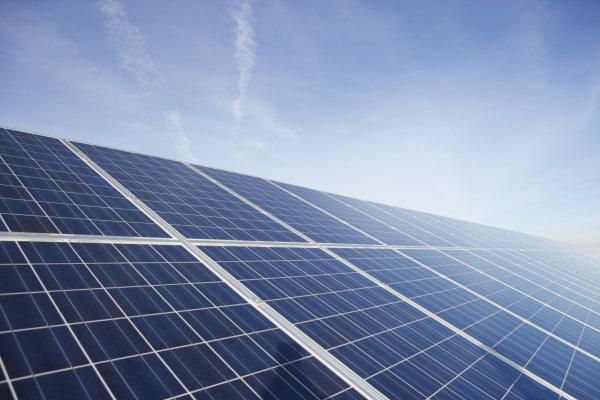 The World's 10 Biggest Solar Farms
Next Up: Editor's Pick