5 Things to Know About Evolve's Humans vs. Monsters Multiplayer Mayhem

I’m lukewarm toward competitive online-predominant shooters, but Evolve‘s quick pitch sounds interesting enough: four players with unique abilities dash through smallish levels and cooperatively square off against a giant Lord of the Rings-like troll-creature–a monster who’s vastly more agile and powerful, who evolves into an even deadlier thingamajig over time, and who can tap one very nasty bag of tricks.

The highbrow word to describe that is “asymmetric,” meaning lopsided, though here it’s still a carefully balanced kind of lopsided. That makes it different from conventional equal-sides shooters, though not new to gaming outright: the Splinter Cell games pioneered asymmetric multiplayer, and Fable Legends (due later this year) is doing more or less the same thing, only in a fantasy setting, pitting four heroes against a villain Dungeon Keeper-style.

Evolve‘s novelty grab, then, is the idea that both the players (dubbed Hunters) and the monster can evolve over the course of events, keeping a match’s tactics in flux.

I’m still working out how I feel about Evolve, which arrives for PC, PlayStation 4 and Xbox One Tuesday from developer Turtle Rock Studios. But here’s my initial take in five parts:

Playing as the monster feels a little shambolic…

Hey Godzilla, swat some flies! Playing as a hulking giant of a monster, hunting tiny and far more agile human opponents, is like trying to wallop birds with a wrecking ball. That’s as intended, but it takes some getting used to.

You can clamber up anything and quickly leap chasms, even sneaking about and lunging at prey, and you can get a little speedier if you choose certain power-ups at evolution points. But you’re not some spike-spined, gargantuan rendition of an Assassin’s Creed hero. You’re a tank–the tank of all tanks, in fact, and commensurately sluggish.

…but your ability picks let you build the perfect beast

The monster levels up quickly, and forces tough ability-related choices each time. There’s also no room for lallygagging, because you’re vulnerable during transitions. Evolution is therefore as much a locational and subterfuge strategy as a points distribution one.

Do you want the ability to charge an enemy (or, crucially, flee from one) while taking out anything in your path? Lob boulders at significant distance? Leap from high points to smash down on foes? Set the world (and your enemies) ablaze with billowing bursts of fire?

The basics feel a little…basic

You need to feed to evolve, which is a story way of shoehorning in the monster’s evolution mini-game. But the missions tend to play the same: the monster attempts to avoid the hunters while scarfing fauna and leveling up, then either tries to butcher its pursuers, or destroy/defend key objects. Vice versa for the players.

Variations on that theme include levels with destroyable monster eggs (the monster has to defend these for so many minutes), and others staffed with fleeing colonists (the monster has to kill–and the hunters save–a certain number to win). You get 16 levels at launch to stage in, and you can tweak settings like wildlife population, damage output and round length, or add in variables like a monster-spotting patrol ship, teleport gates or secondary monsters (monster minions!).

But we’ve seen a gazillion objective-related riffs in these kinds of games, and none of Evolve‘s leap out, or seem to at this point anyway. In the end, the only novel idea here may be the monster-vs-humans dynamic. Will it be enough to keep players chipping away at Evolve a month from now? A year?

Evolve‘s listed in various places as supporting single player. That’s really a misnomer. Is there even a story? I may have missed it, not that I’m sure I need one either way.

Think of Evolve‘s solo claim as part of a multiplayer hub, one where you’re given the option to select and tweak levels populated by bots (that is, computer-puppeted opponents). In that sense, it’s no different from any other online shooter with configurable levels and practice dummies. You can queue up five levels in a “dynamic” campaign, but it’s just a series of chained maps with carryover variables (boasts about hundreds of thousands of cross-relational effects in this mode are the usual mathematical hyperbole).

Don’t expect much from the monster A.I. (or the A.I. hunters), but if you just want to get a feel for each match type’s framework and pacing as well as scout the levels, soloing’s as helpful here as in any other multiplayer game’s practice rooms.

The monster hunters come in four flavors: Assault, Medic, Support and Trapper, the first three functioning essentially as you’d expect. The Trapper’s the most innovative of the bunch, able to spring vast Epcot-like containment half-spheres that prevent the monster from simply running away when it’s doing poorly, or needs to feed in private to evolve. The hunter personas come in 12 flavors, each with unique weapons and abilities (I’ve only fooled with a handful so far).

I prefer playing as the monster (or monsters–you can unlock more as you go) because it’s so immediately gratifying. Taking down each monster as part of the hunter team has its moments, but feels like any other lengthy battle of attrition. Laying out an irritating four-player squad of human do-gooders as the monster is endlessly cathartic, though–especially if you, like me, have little patience for the tactical particulars of team coordination.

In that sense Evolve brings two multiplayer mindsets together: the well-coordinating team player type, versus the lone wolf with a penchant for leaping first and looking later. 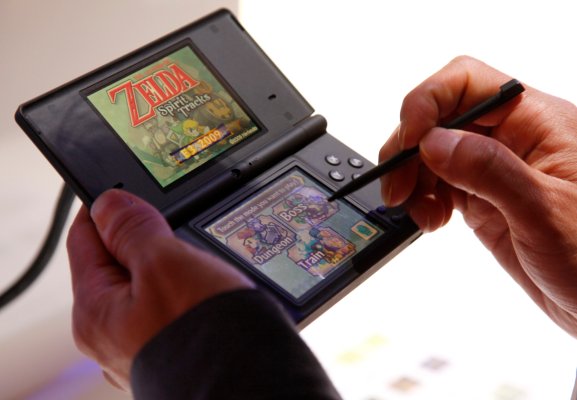