The news “sent tremors through Sichuan’s political and business circles,” Xinhua news agency reported, not least because Liu seemed to be included in those circles. That raises a few questions about this mercurial establishment figure, such as:

Was he really an establishment figure?

Measured in wealth, certainly. As chairman of the Hanlong Group, a conglomerate of real estate, mining and energy businesses headquartered in Sichuan province, Liu, 49, had amassed assets totaling $6.4 billion at the time of his arrest, according to Xinhua news agency.

Forbes ranked him the 148th richest business person in China in 2012, and his dealings stretched from Sichuan province in western China to far-flung mining ventures in the U.S. and Australia.

Neither was he shy about flaunting his wealth. In one of the few interviews he granted to the press, Liu emerged from behind the wheel of a Ferrari (one of hundreds of luxury cars he had collected over the years) with a mink coat hanging from his shoulders, the Wall Street Journal reports.

What about political connections?

His influence was largely confined to advisory committees on the margins of the Communist Party, which he allegedly reinforced with bribery payments to local officials, according to testimony provided by his ex-wife, Liu Wei.

In the grand scheme of China’s crackdown on official corruption, however, his stature paled in comparison to ministers recently ousted from national offices, such as Bo Xilai, former Minister of Commerce, or Jiang Jiemin, who oversaw China’s vast network of state-owned enterprises.

If anything it was the nature of the charges brought against Liu that vaulted his case into the public eye.

What crimes did he allegedly commit?

Prosecutors accused Liu of running a crime syndicate of “local thugs and vagrants” in Guanghan, which had been involved in a campaign of intimidation, blackmail and at least nine lethal shootings since the early 1990s.

Investigators also accused Liu and 36 other defendants of running a network of gambling houses and an illicit arms trade, which reportedly resulted in the confiscation of 20 guns, 2,163 shotgun cartridges, and more than 100 knives.

Was he publicly known as a “kingpin?”

On the contrary, Liu’s public reputation prior to the trial was shaped by his philanthropic work, including a donation to the construction of a local elementary school in Sichuan province. He bore the Olympic torch during the 2008 relay in Beijing and served as deputy chairman of the Sichuan Chamber of Commerce.

But privately, local experts said he had a reputation for violent outbursts. “He is the sort of person who would throw a wine bottle at a celebrity’s head at public occasions if he was not happy,” Guo Yukuan, a corruption expert, told TIME.

Does the case end with Liu Han?

Investigators have linked Liu to the son of a much more powerful establishment figure: Zhou Yongkang, China’s former security chief. That’s fueling rumors that Zhou may become the highest-profile target yet in China’s widening investigations of corrupt party officials.

China’s President Xi Jinping famously vowed to take down both “tigers” and “flies” at the launch of a nationwide anti-graft campaign. Liu’s highly sensationalized downfall may only be the prelude to a much bigger trial to come.

Read More: China’s Biggest Graft Case In Decades Could be Coming Up 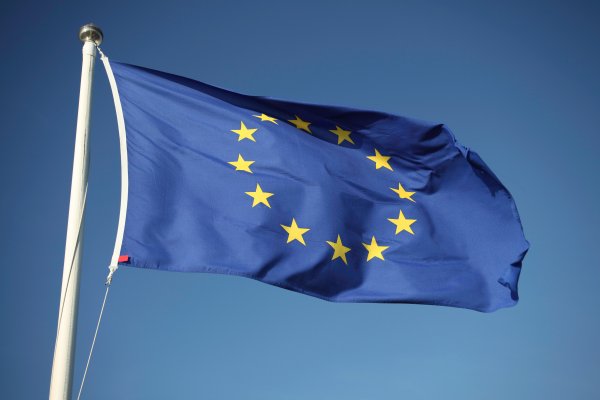 EU Pushes For Greater Integration Into an Energy Union
Next Up: Editor's Pick