Here’s a thought experiment: let’s suppose NBC News were covering a scandal involving a household-name public figure–at the NFL, say, General Motors, the White House–and the organization that figure belonged to said, sorry, it was going to handle the investigation itself. Don’t worry: there would be an “internal review,” they would put really good people on it, and if it turned out there was anything to be concerned about, they’d be sure to let everyone know!

But it’s exactly the process that NBC News, a journalistic organization, apparently expects to satisfy other news outlets and the public they report to. On Feb. 7, Williams announced he would take a temporary break from anchoring after he apologized for falsely reporting on air that he was in a helicopter hit by an RPG over Iraq in 2003. The day before, NBC News president Deborah Turness announced in a memo to staff also released publicly: “We have a team dedicated to gathering the facts to help us make sense of all that has transpired. We’re working on what the best next steps are – and when we have something to communicate we will of course share it with you.”

I’m sure NBC’s team is a group of conscientious professionals of high integrity; reportedly, it will be headed by Richard Esposito, the head of NBC’s investigative unit. But in the end, it’s still investigating the boss. (And in fact there’s some doubt as to whether this is any “investigation” at all, or whether it’s instead simply “fact checking” before addressing the controversy.)

That shouldn’t be a satisfying answer to any journalistic outlet. And a big part of the problem here is that NBC News isn’t acting like a news organization; it’s acting like a business doing crisis p.r.

There are still a lot of questions about just how false Williams’ stories of his Iraq exploits have been (as well as newer concerns raised about his reporting on Hurricane Katrina from New Orleans). The answers, or some answers, presumably lie within the NBC organization. Williams wasn’t on that chopper alone: what crew was with him, and what do they say? Where was he exactly? How far behind the chopper hit by RPG was he really? Did his aircraft take fire or not? Did anyone in the organization speak up earlier? There’s a lot that people could say–Williams above all–and they’re not saying it, publicly, to anyone.

Now, this may well be the best strategy for a business in trouble. Circle the wagons, keep your information tightly held within the company, get your story straight, figure out how bad things are and how you can manage the situation. Limit your exposure.

But NBC News is not just a business. Or, at least, its business depends on journalistic trust, which is not exactly bolstered by a defensive, CYA reaction. If NBC and Williams want to make things better, that starts with opening up–really opening up.

If they simply, honestly believe this situation is no big deal, that Williams already apologized and everyone should move on, then they should make that argument, openly, and good luck doing that.

Otherwise, Williams should be talking, not to his own staff, not to David Letterman, but to outside journalists. If he wants the truth to get out, have him do an interview, no questions off-limits, with a reporter from another network–say, somebody like media reporter Brian Stelter at CNN. Put him under a 100-watt bulb with an interviewer with no incentive to do anything but dig uncomfortably. Make support staff and records available to outside journalists, not some closed internal process.

That may sound ridiculous and foolhardy. But NBC and Williams have a trust problem, which is therefore also a business problem. Only openness will fix that—and the later and more grudgingly it comes, the less good it will do.

Read next: Crock and Awe: What Was Brian Williams Thinking? 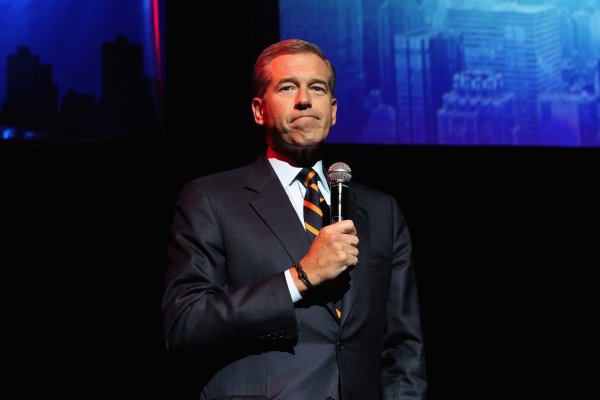 Anchor Away! Brian Williams Takes a Break
Next Up: Editor's Pick