Japan Isn't Going to Take the Next Hostage Crisis Lying Down

When Islamist fanatics threatened to murder two Japanese hostages in Syria last month, a rescue mission was one option that Tokyo did not have.

Under the country’s war-renouncing constitution, Japanese troops are not permitted to use force overseas. But if Prime Minister Shinzo Abe has his way, that could change soon. And with it, Japan’s 70-year commitment to strict pacifism.

Abe said last week that he plans to introduce legislation to end restrictions limiting Japanese troops to overseas missions that don’t require the use of weapons (such as humanitarian assistance and disaster relief, and limited types of peacekeeping).

Those restrictions effectively took away the option of using elite military forces to try to free the two captives — troubled adventurer Haruna Yukawa and experienced freelance journalist Kenji Goto. Videotapes purporting to show the men’s beheaded bodies were released by ISIS after attempts to negotiate their release failed.

The apparent killings and threats of further violence shocked Japanese leaders and public alike, and renewed debate over Abe’s plans to boost defense spending and free up Japan’s armed forces.

Abe issued a statement shortly after the videotapes that seemed remarkably bellicose by Japanese standards. Although a government spokesperson said that Japan would not send in troops to join the fight against ISIS “at this time,” Abe promised to hold the hostage takers “responsible for their deplorable acts.” That was according to an official translation. Many Western news organizations rendered Abe’s words as the more aggressive-sounding “to make the terrorists pay the price.” But either way, the Prime Minister’s intentions were plain.

Despite its pacifist constitution, Japan maintains a large and highly capable military. More than 250,000 men and women are in uniform, and the defense budget ranks among the six largest it the world.

Japan’s armed forces includes two special-operations units of about 300 soldiers or sailors each. Their missions are similar to those of the U.S. Army’s Delta Force and Navy SEALs, with whom they have trained. The troops are currently restricted to operating within Japanese territory and would require long-range aircraft, improved intelligence capabilities and other assets if sent overseas.

Nonetheless, experts say that if given legal authority, they could be ready in as little as a year.

“Japan would have no trouble forming up a small, capable unit focused on overseas hostage rescue and counterterrorism. They are first rate now in terms of combat skills, and with practice they could be in the same league as U.S. and British special forces,” says Grant Newsham, senior research fellow at the Japan Forum for Strategic Studies, in Tokyo.

Abe said during parliamentary debate last week that he plans to introduce legislation in the current session that would expand the type of missions that Japan’s Self Defense Forces are allowed to perform overseas, including logistical support for friendly armed forces and rescuing Japanese citizens under duress.

The legislation would not be an open ticket, however. Abe said hostage rescues would be limited to countries that agree to the presence of Japanese troops, or where no state or state-equivalent organizations would oppose them.

The new law seems likely to pass. With a two-thirds majority in the powerful lower house, Abe’s ruling coalition can approve legislation even without upper-house agreement.

Whether the Japanese public is ready for the dispatch of even a small group of armed soldiers — locked and loaded and looking for hostages — remains to be seen, however. Japanese troops have not fired a shot in anger since World War II, although coast-guard cutters sank a suspected North Korean spy ship off Japanese waters in 2001.

Polls show that a majority of the public remains opposed to revising the constitution. But opposition to Abe’s defense agenda has been declining in the face of North Korea’s nuclear weapons program and China’s growing military spending and territorial demands.

A Kyodo News poll reported over the weekend showed that 61% of Japanese supported Abe’s handling of the Syria incident.

During the crisis, a masked militant appeared on a videotape accusing Abe by name of taking sides by pledging aid — nonmilitary — for countries in conflict with ISIS and threatening “carnage wherever your people are found. So let the nightmare for Japan begin.”

Given the traumatic episode in Syria, the public is likely to accept the use of force the next time, says Lully Miura, a JSPS research fellow at the University of Tokyo.

“Obviously, there will be a huge debate and a lot of fuss, but if the circumstances are close to what happened in the recent [hostage crisis], I think it would be perceived as acceptable.” 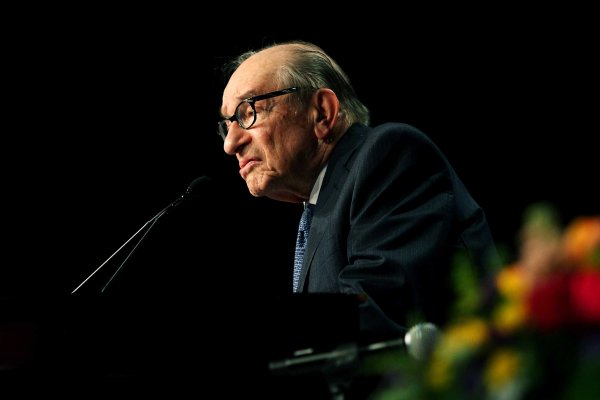