This Is What Communist Propaganda Looks Like These Days

The video features the Great Wall, a waving astronaut, a constellation of synchronized swimmers, a Muslim noodlemaker, a female bartender and, inexplicably, a juggling clown. Its purpose: to show the might and benevolence of Communist Party of China (CPC). Rereleased on Feb. 8 via the social-media accounts of the People’s Daily, the Communist Party’s official mouthpiece, the video boasts the production values and soaring music of a multinational firm’s big-brand advertising campaign. In less than a day, the 3-min. 7-sec. film, which was also uploaded on Sunday on a popular online portal, had been watched more than 265,000 times.

“The 80 million CPC members, together with the entire population [of China], are working for everyone’s dreams,” declares a sonorous English voiceover. “Our people’s dreams are our goals.”

The film’s narrative arc references Chinese President Xi Jinping’s catchphrase, the Chinese Dream, which tries to fuse national pride with personal aspiration in order to make the Communist Party more relevant to China’s 1.3 billion citizens. Chinese voices articulate their own ambitions in the video. One person pines for bluer skies “and cleaner water.” Another wants “a pretty wife.” A child dreams of “a world free of wars.” (Xi, who took over as head of the Communist Party in late 2012 and has amassed more power in that time than his recent predecessors, appears in three of the film’s shots.)

Along the way, the video issues a torrent of inspirational platitudes. “On the road chasing our dreams, we walk side by side” viewers are told, “transcending differences and shaping the future together.”

The Communist Party’s publicity video, which originally appeared online more than a year ago to lesser fanfare, is credited to a production company called On the Road to Renewal (复兴路上) that previously made an animated film praising the Communist Party’s leaders. The film notes that while China is an “ancient and youthful country, it is growing fast yet with development disparities.” As if reading from a fortune cookie, the English narrator whose accent hovers over the Atlantic, neither British nor American — deems China “full of opportunities, along with untold challenges.” The video ends with a slogan that floats amid flashes of light and galactic gravitas. “The Communist Party of China,” it reads, “is with you along the way.”

Reaction from Chinese commenting online on Sunday was mixed, with supportive statements doing battle with ridicule. Pang Yanzhuo, whose verified Weibo account lists him as an independent photographer, struck a dismissive tone. “I’m an ordinary Chinese, not a party member,” he wrote. “The video mentioned 1.3 billion Chinese several times. What does that mean? It has nothing to do with me. Meanwhile, among the party members I know, none of them joined the party because they believe in its ideology. They merely want to get promotions or become rich. Is there anyone who really joined the party simply because of a devotion of spirit? If so, I want to know you.” 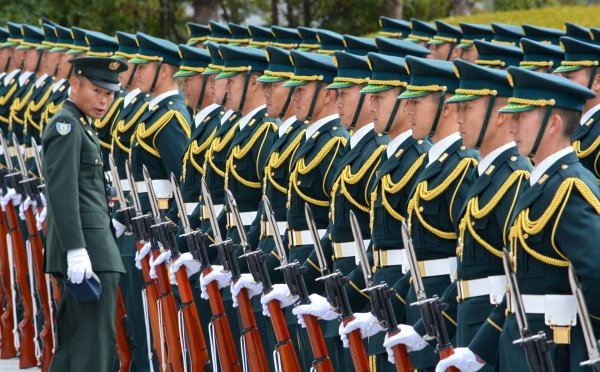 Japan Readies for Next Hostage Crisis
Next Up: Editor's Pick