Kanye West is having flashbacks to 2009 — the year he barely let Taylor Swift finish her speech when she beat out Beyoncé for Best Female Video at the MTV Video Music Awards. So at the 2015 Grammy Awards, when Beck’s Morning Phase surprisingly won Album of the Year over Beyoncé and others, West stormed the stage once again, as captured in the Vine above.

Beyoncé and Jay Z’s reactions to the stunt were priceless:

Let’s give West the benefit of the doubt and assume it was a tongue-in-cheek nod to the bad behavior he’s since sworn off, not genuine outrage. Either way, he fortunately thought better of it before reaching the mic. Somewhere, Taylor Swift’s heart is only just starting to beat at a regular pace.

Read next: Watch Kanye West Perform ‘Only One’ at the Grammys 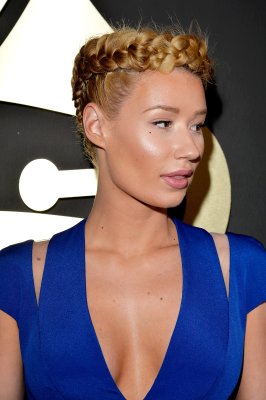