The Walking Dead Watch: ‘What Happened and What’s Going On’

The second half of the fifth season of The Walking Dead begins with a slow, contemplative episode, “What Happened and What’s Going On.” This season, which began with savage, nihilistic fireworks, has gotten more moody and broody with every episode. Still, for a mellow installment, a few interesting things happen:

“What Happened…” begins with a burial. Presumably, the group is laying Beth to rest. The climax of the mid-season finale came when a botched Mexican standoff resulted in her death as well as the fatal shooting of Dawn, the dictatorial leader of the group of survivors in the hospital. The group decides to head to a gated community, Shirewilt Estates, former hospital orderly Noah tells them has strong walls. On the way, Tyrese uncorks a little road wisdom, concluding that keeping one’s eyes open to the horrors of the world (you know, like flesh-eating zombie hordes) is simply “the high cost of living.”

But Shirewilt, like the penitentiary and Woodbury before, is a husk when they get there. Houses are burned out, cadavers liter the streets, and the protective walls have mostly fallen. Noah’s disappointment (his mother and two brothers lived there) is profound, but the rest of the group seems more or less used to it. That is, except for Michonne who gives an impassioned speech (for Michonne) about the importance of finding some kind of shelter, some kind of home.

Tyrese acts as Noah’s grief counselor, telling him to choose life, asserting “this isn’t the end.” They both head to Noah’s old house, finding his mother’s badly decomposed body lying on the living room floor. Searching elsewhere in the house, Tyrese gets bitten by one of Noah’s brothers who has turned. Noah runs off to find help.

But in the meantime, Tyrese hallucinates several conversations with characters who have died, including the Governor, Beth, and the two little girls he and Carol fostered. There seems to be a debate among the departed about whether life or death is the preferable state of being. To be honest, a lot of this feels like low-nutrition filler.

The group eventually makes a run for it but Tyrese doesn’t make it. And, pretty soon, it becomes obvious the burial from the first frame of the episode is in fact Tyrese’s. Maybe this time-shifting is a comment on the “more things change, the more things stay the same” nature of the show—terror, hope, tragedy, disappointment, repeat. Or maybe it’s just a way to add water between the seasons’ two main arcs.

The group, Sasha included, says goodbye to Tyrese and decides to press on. Hopefully to something more satisfying in episode ten.

Where Are We?
Noah’s gated community is called Shirewilt Estates. In season two, Shane and Andrea go searching for Sophia in a gated community called Wiltshire Estates. The same location appears in issue eight and nine of the book; and, Rick’s group considers settling there before the site is over-run. Surely this is an Easter egg, right? Surely?

Weird Occurrences
There are several odd discoveries at the gated community. Firstly, Michonne finds a number of zombie remains that have been chopped clean in half. It goes un-commented on but clearly noticed. Secondly, while escaping, the group’s vehicle hits another, unlocking a trunk full of severed (and still biting) zombie heads. Something strange, perhaps foreshadow-y, is going on. 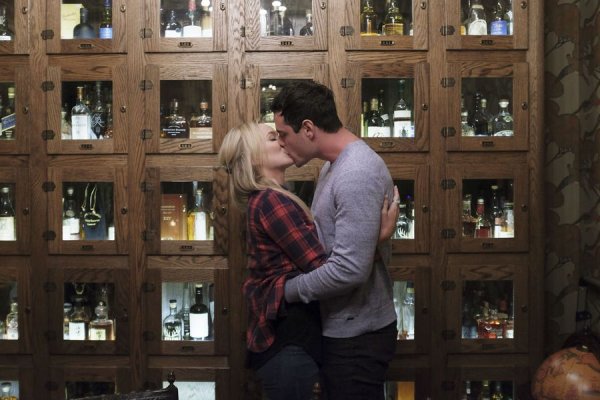 <i>The Bachelor</i> Watch: Hometown Dates Are the Last Hurdle Before Fantasy Suites
Next Up: Editor's Pick