This 911 Dispatcher Broke the Rules to Save a Toddler's Life

Tim Webb risked his job and broke the rules to save the life of 17-month-old boy.

The boy, who was previously feeling ill, had suffered a seizure and stopped breathing. Sensing they only had minutes to act, the distraught mom begged Webb for directions on what to do.

The dispatcher asked if anyone on the other end knew CPR. When Grable said no, Webb was left with a tough decision.

Webb himself knows CPR, but the Galax Police Department does not have a emergency medical dispatch certification. This means dispatchers are prohibited from giving CPR directions over the phone.

But at that moment, Webb decided the rules didn’t apply. Knowing that Aidan needed immediate help, Webb gave instructions to Grable on how to perform CPR on her son.

“Without some sort of life-saving measures, the child would expire. I wasn’t gonna let that happen, even if it meant being reprimanded.” said Webb.

Grable and Aidan’s grandmother carefully followed the steps and 20 minutes later, when the ambulance arrived, Aidan was breathing again.

“It makes you realize why you get up, why you come to work, and why you do what you do.” said Webb. 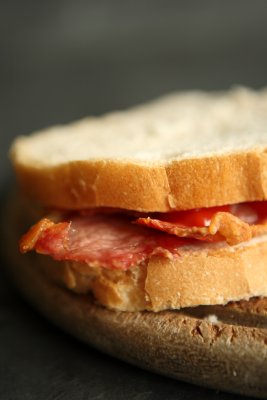 9 Unique Breakfast Sandwich Recipes to Shake Up Your Morning Routine
Next Up: Editor's Pick