How Canada's Right-to-Die Ruling Could Boost Movement in U.S.

Lee Carter embraces her husband Hollis Johnson while speaking to journalists at the Supreme Court of Canada in Ottawa on Feb. 6, 2015.
Chris Wattie—Reuters
By Josh Sanburn

The court ruled in part that banning a right to die in fact “deprives some individuals of life, as it has the effect of forcing some individuals to take their own lives prematurely, for fear that they would be incapable of doing so when they reached the point where suffering was intolerable.”

The groundbreaking 9-0 decision, which makes Canada one of just a handful of states to allow some form of “aid in dying,” comes as states in the U.S. consider allowing the practice for mentally competent patients with terminal illness. So-called death with dignity advocates said Friday that the decision by the U.S.’s northern neighbor could increase momentum across the border.

MORE: Death is Not Only for the Dying

“I think it will have a significant impact in the U.S.,” says Barbara Coombs-Lee, president of Compassion & Choices, a death with dignity advocacy group. “This isn’t happening in a far-off country. It sends a strong message throughout the continent.”

The “aid in dying” movements in Canada and the U.S. have similar histories. Both began around the late 1980s and early 1990s, and both have tried to achieve policy reforms through the courts and at the state or provincial level. But Friday’s Canadian court decision, which allows the practice nationwide, is a significant breakthrough for death with dignity advocates in Canada. It remains an unlikely scenario in the U.S., however, where reforms will likely come at a state level.

Peg Sandeen, executive director of the Death With Dignity National Center in the U.S., says she believes the court’s decision “will have a tremendous positive effect on a state-by-state level,” but that policy changes will continue to happen outside of Washington. The issue hasn’t gained much traction in Congress, and the Supreme Court isn’t likely to take up the issue anytime soon.

MORE: Why a Young Woman With Brain Cancer Moved to Oregon to Die

But there is considerable progress at the state level.

End-of-life practices are legal in Montana, New Mexico, Oregon, Washington and Vermont, while legislation has been introduced in California, Colorado, Iowa, Pennsylvania and Wyoming, plus the District of Columbia. Coombs-Lee says it’s being considered in some form in 25 states.

The movement began making significant strides thanks to the widely publicized story of Brittany Maynard, a 29-year-old newlywed with brain cancer who moved from California to Oregon, which is just one of five states that allow terminally ill patients to obtain life-ending medication.

One state that aid-in-dying advocates are currently watching closely is New York, where terminally ill patients recently filed a lawsuit that would allow the practice. State lawmakers are also reportedly considering introducing a death with dignity bill. But any sort of movement in U.S. federal courts like what happened in Canada will likely only occur once there’s more progress at the state level.

“I think a federal constitutional protection could be acknowledged at some point,” says Coombs-Lee, “but only after there is already a critical mass of states where it is already authorized.”

The Canadian decision struck down laws that banned doctors from participating in ending a patient’s life and reversed an earlier Supreme Court ruling, saying that current bans violated rights of life, liberty and security as protected by the country’s Charter of Rights and Freedoms. Last year, Quebec passed right-to-die legislation, making it the only Canadian province to allow the practice. 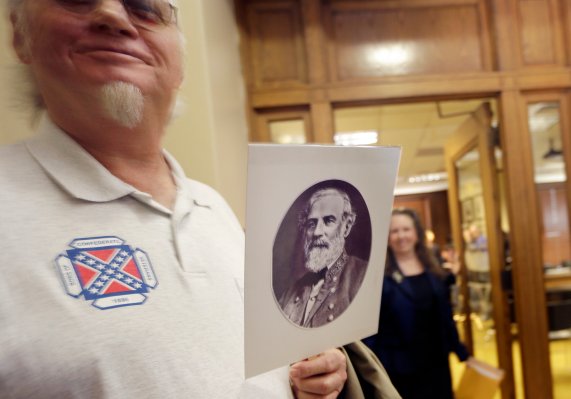 Arkansas Will Carry On Celebrating Robert E. Lee Day On MLK Day
Next Up: Editor's Pick