Two Couples Tie the Knot at the Most Romantic Event on Earth: A Bacon Festival

Romance sizzled in Iowa this weekend as two couples tied the knot at the Blue Ribbon Bacon Festival held in Des Moines. Because — and we say this without a trace of sarcasm or irony — there is nothing more romantic and generally wonderful than bacon.

The first pair, Tricia Snider and Tom Watson, vowed to love each other “in good times and bacon,” the Des Moines Register reports. Adam Poch, host of the Travel Channel’s Bacon Paradise, officiated the wedding, because why not. Unfortunately, they exchanged rings made out of metal rather than bacon, but later, they did eat a cake topped with bride and groom bacon-statuettes.

“She’s second only to bacon,” Watson said of his new bride. Then he smoked six pork loins and proceeded to wrap them with six pounds of bacon for the reception.

Another couple, Craig and April Rouch, tied the bacon-themed knot later in the day. We’re sure even the stoic Ron Swanson, known bacon aficionado, would have shed a tear. 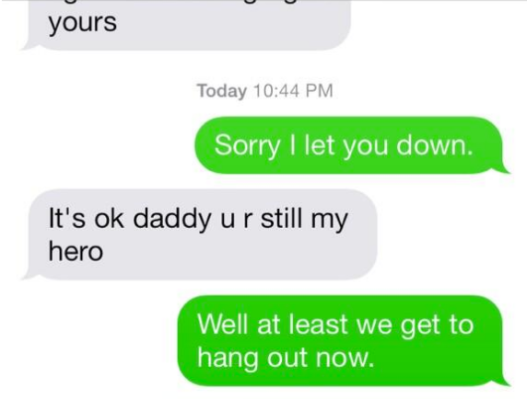 Denver Broncos Player Gets Amazingly Supportive Text from His Son
Next Up: Editor's Pick