King Abdullah II of Jordan meets with members of the US Senate Appropriations Committee at the U.S. Captiol in Washington on Feb. 03, 2015.
Samuel Corum—Anadolu Agency
By Carla Power

After the news broke that the Islamic State in Iraq and Syria (ISIS) had burned the captured Jordanian Moaz al-Kasasbeh alive, King Abdullah of Jordan promised a “relentless war” against ISIS in retaliation for the murder of the 27-year fighter pilot.

On Thursday it began. In a mission called “Moaz the Martyr,” Jordanian jets targeted ISIS training camps, arms and ammunition storage in ISIS-controlled areas in Syria. Returning from their sorties, the planes flew directly over the pilot’s village of Aye, where King Abdullah sat paying a condolence call to al-Kasasbeh’s father. Outside, a traditional Beduouin chant broke out: “Long Live His Majesty, Long Live the King.”

Abdullah got the news of the pilot’s immolation while in Washington, where he’d been seeking an aid package. He left with the promise of $1 billion annually over the next three years — a 35% increase on the current arrangement. Abdullah’s ease with Americans and their culture has served him well abroad, even as it’s raised eyebrows in some Jordanian circles. He’s made guest appearences on Star Trek and The Daily Show, and according to the New York Times, is so friendly with New Jersey governor Chris Christie that Abdullah paid the bill for Christie and his family to visit Jordan, complete with a champagne reception in the desert.

The Jordanian monarchy is one of the Middle East’s most enduring regimes. The 53-year-old Abdullah is the fourth of the Hashemite kings, who trace their ancestry back to the Prophet Muhammad, and their dynasty back to 1921. Abdullah’s own father, King Hussein, ruled for 47 years, before his death in 1999, when Abdullah assumed the throne.

Jordan has the reputation of being among the West’s strongest allies in the Arab World, and its king’s roots in the West are deep. His mother was British-born, and Abdullah was educated in the West, graduating from the Massachusetts prep school Deerfield Academy and Britain’s military academy, Sandhurst, with stints at Georgetown and Oxford universities.

He returned to Jordan for a military career, serving in the Royal Jordanian Air Force, and commanding the country’s special forces. But the foreign education has left its mark: he speaks Arabic with a slight accent, adding to his reputation among Jordanian tribes and the poor that he is out of touch with ordinary Jordanians. “When he came in, with his neoliberal plans for the economy, with more foreign trade and high rises, and his cosmopolitan wife, the traditional tribes who supported the king were sort of like, ‘who is this guy, and what is he doing?'” notes Jillian Schwedler, an expert in Jordanian politics at Hunter College in New York.

Throughout his reign, Abdullah has presented himself to the West as a reformer, hinting to the Atlantic in a 2013 profile that he’d like to see Jordan’s monarchy become a ceremonial one, like Britain’s. But Jordan’s frustrated reformers see the progress as stutter-stop. “As Jordan trumpets its reform initiatives, prosecutors are arresting activists and opposition figures for free speech-related offenses,” said Sarah Leah Whitson of Human Rights Watch’s in a January 29 report on the slow pace of Jordanian reform. “Constitutional guarantees amount to no more than ink on paper if the authorities don’t get rid of penal code articles that are used to undermine them.”
To Abdullah’s critics, his Palestinian wife, Queen Rania, is yet another source of frustration. While Rania’s glamour and work for women and young people are lauded abroad, her out-spokenness and high profile have led to criticism from conservative Jordanians who would prefer their queen kept a much lower profile. In 2011, 36 tribal leaders wrote an open letter, denouncing her as a divisive, power-hungry, and “stealing from the country and the people.”

In a country where criticism of the king is punishable by law, the letter was unprecedented, not least because it was signed by tribal leaders who traditionally have been the monarchy’s staunchest supporters. It was written during the Arab Spring, when popular protests swept the region, as ordinary citizens called for greater representative democracy. Unlike the leaders of Egypt, Tunisia and Libya, Abdullah kept his position. But during 2011 and 2012, he faced protests, not merely from his traditional opposition, the Islamist Muslim Brotherhood, but from tribes from the impoverished south of the country, who called themselves “The Movement.”

Elections in 2013, promised as “shining milestones” of reform, disappointed those hoping for real change for the monarchy. Islamist parties boycotted them, which is relatively routine, but leftist parties joined in, too. Many Jordanians burned their voter registration cards in protest at recent fuel hikes, noted a report from the Middle East Media Monitor.

The fight against ISIS will temporarily damp down domestic dissent. The young men in the south temporarily have a new, external target for their anger. “King Abdullah will pour as much as he can into the fight against ISIS,” predicts Sean T. Yom, a political scientist specializing in Jordan at Temple University, Philadelphia. “He needs a foreign distraction to further dilute tensions.” As Queen Rania, marching along with the crowds of thousands who gathered in Amman waving Jordanian flags told the BBC, the country is “united in our horror.”

Read next: Jordan Wages War With ISIS After Pilot Death 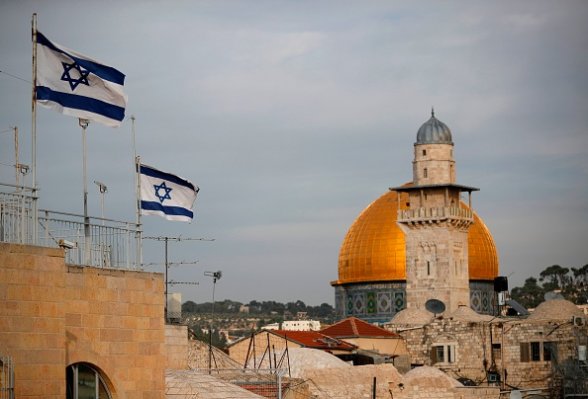