When Ferdinand Bloch-Bauer fled Austria to escape the Nazis in 1938, he left behind a painting of his late wife, Adele. Sixty years later, Gustav Klimt’s Portrait of Adele Bloch-Bauer I found itself at the center of a legal battle to restore ownership to Bloch-Bauer’s niece, who argued the painting had been seized by the Nazis and rightfully belonged to the family, not the Austrian government.

Helen Mirren stars in Woman in Gold as Maria Altmann, who not only gained ownership of the painting, but later sold it for a then-record $135 million. The portrait is now the centerpiece of New York’s Neue Galerie.

Woman in Gold debuts on April 3. (May it be a more compelling take on the restoration of Nazi-seized art than The Monuments Men.) 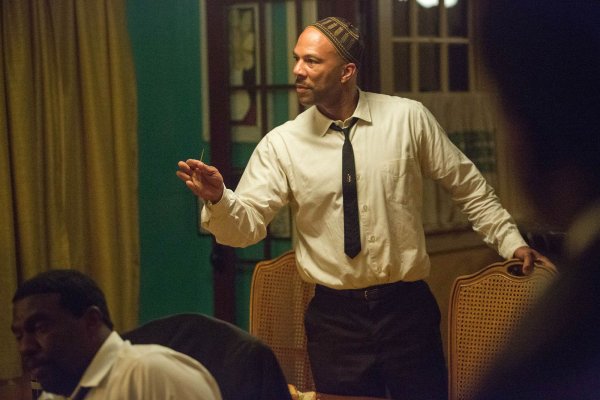 Selma Actor Common: Don't Speak Out 'Just Because It's Popular'
Next Up: Editor's Pick