A Kazakh herder stumbled up on a 17-lb gold nugget in the shape of the Chinese mainland, Chinese media reported Friday.

The herder, Berek Sawut, found the nugget on Jan. 30 but was afraid he wouldn’t be able to keep it, since it likely came from a mine owned by the government, the New York Times reports. It’s the largest nugget of its kind to be found in the Xinjiang region, home to more than 600 gold mines. So far, nobody has confiscated the nugget.

The nugget is not solid gold, but is instead a mixture known as “dog-head gold,” which is natural gold ore mixed with quartz. 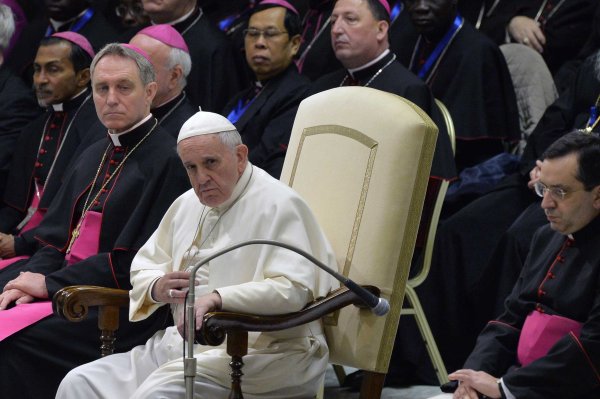 Pope Francis Says Smacking Kids Is Ok As Long As Their 'Dignity Is Maintained'
Next Up: Editor's Pick