The male shar-pei crossbreed that was discovered tied to a railing outside the station in Ayrshire, Scotland, Jan. 2, 2015.
Scottish SPCA/REX USA
By People / Kelli Bender

Kai the shar-pei’s train has reached its final destination.

After being abandoned at a Scotland train station with a suitcase full of his belongings in January, Kai has now moved into his forever home, reports BBC News.

The dog’s sad story made international news, causing the Scottish SPCA, who was housing the pup, to be flooded with adoption applications. Out of the hundreds of animal lovers wanting to take Kai home, Ian Russell was chosen.

“I’m over the moon and very shocked that I was chosen out of everyone who wanted him,” Russell says.

The hydraulic engineer lost his 15-year-old Dalmatian right before Christmas. Heartsick from the loss, Russell knew he wanted to help Kai after hearing news of the pooch. He reached out to the SPCA, calling the shelter to ask if there was any way he could help the dog.

“Fast forward a few weeks and here I am taking him home. I honestly think it was meant to be,” he says.

Russell says his work takes him all over Scotland, so he plans on turning the shar-pei into his furry travel companion, bringing him on truck rides when appropriate.

While Russell is local to where Kai was found, the SPCA’s care assistant Alan Grant says the shelter received adoption offers from as far away as France, New York and the Philippines.

“One of the reasons we chose Ian was, right from the start, he said he was interested in re-homing Kai but he would take our advice if we thought one of the many other dogs in our care would suit him better,” Grant says.

“It was really important for us to select an owner who wanted Kai for all the right reasons and had really thought through their decision to take on a rescue dog.”

While Russell feels like he won the lottery with Kai, he hopes the other adoption applicants still consider welcoming a shelter dog into their home. 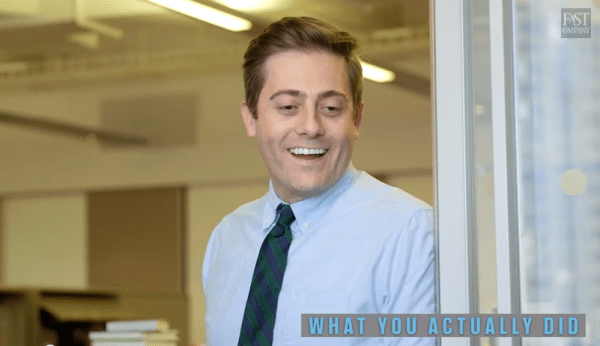 This Is How You Look When Flirting at Work
Next Up: Editor's Pick