3 Out of 4 Americans Want Drones to Be Regulated

Nearly three quarters of respondents said they want lightweight, remote control planes to be regulated according to a new poll that suggests widespread unease with the private and commercial use of drones.

According to the online poll conducted by Reuters/Ipsos, 73% of respondents supported regulation for drones. Forty-six percent of respondents said they don’t want the media using drones for newsgathering, and 42% said they oppose private ownership altogether.

The U.S. Federal Aviation Administration is expected to soon publish draft regulations covering commercial drone use that will be open for review and won’t go into effect for at least several months.

(See more: My Drone Landed in Someone’s Yard—Is it Theirs Now?)

Private drone users have faced criticism for their vehicles’ potential to breach individuals’ privacy as well as for a series of near misses with aircraft and people. Last month–while the poll was being conducted–a private drone operated by a man who admitted he had been drinking landed inside the White House grounds, triggering a lockdown at the White House.

“In regular peoples’ hands, it’s easy for them to get misused,” one respondent said in the poll.

But the poll found strong support for the use of drones in law enforcement. Over two-thirds (68%) of respondents said they support using drones to solve crimes, and 62% approved of their use to deter crime. 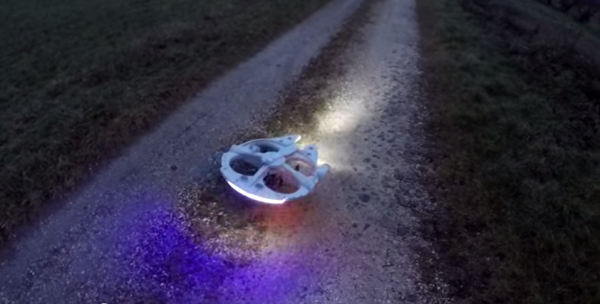 Watch This Awesome Millennium Falcon Drone Take to the Skies
Next Up: Editor's Pick