The Head of the FDA is Leaving. Here's Why That's a Big Deal.

Margaret Hamburg, commissioner of the Food and Drug Administration (FDA), listens to a question during an interview in Washington, D.C. on May 28, 2014.
Andrew Harrer—Bloomberg/Getty Images
By Massimo Calabresi

There are a lot of high-level positions in the federal government that can be filled with any warm body, and many often are. But every now and then a job opens up at a time when the person who fills it makes a big difference, not just in the headlines but in the lives of everyday Americans for years to come.

On Thursday, the Commissioner of the Food and Drug Administration, Margaret Hamburg, announced her intention to step down in March after six years in one of the toughest jobs in government. Inheriting the FDA at a moment of crisis, she endured a few scandals of her own while stabilizing the agency, so her departure after such a long and challenging tenure is not necessarily a surprise.

But the timing is significant, because it comes at what one close FDA observer, Professor Daniel Carpenter of Harvard, calls “a deregulatory moment” at the FDA. The agency faces a bipartisan push on Capitol Hill to reform key elements of its authority, including how it approves drugs and medical devices, the reach of its oversight authority and possibly the methods by which it is funded.

The effects of those changes could be anything but bureaucratic. The FDA is arguably the most powerful regulatory agency in the world, making and enforcing the rules for as much as one quarter of the consumer goods economy in America—and therefore, by extension, the rest of the world. Through its decisions about everything from food labeling to drug testing, it affects the health, safety and wealth of billions of people around the globe.

Hamburg took over the FDA in 2009 after multiple scandals over political influence and drug safety, including the approval and oversight of dangerous anti-depressants, anti-inflammatories and painkillers. Once on the job, she faced criticism for deaths caused by tainted steroids known as compounded drugs and for her handling of a plan to expand availability of the Plan B morning after pill to teenagers.

However both sides of the aisle praise her for stabilizing the agency. On Capitol Hill, Republican Sen. Lamar Alexander of Tennessee, the head of the Senate’s FDA-controlling Committee on Health, Education, Labor and Pensions (HELP), said he was “grateful to Dr. Hamburg for her leadership.” His Democratic counterpart, Sen. Patty Murray of Washington praised Hamburg’s “dedication to protecting public health … and strengthening patient and consumer safety.”

The HELP committee announced this week that it would begin work on legislation controlling the FDA. Even before he took over the committee this year, Alexander commissioned a report on the medical review and approval process so that he could hit the ground running with hearings and an effort to move legislation. Much of his focus has been on getting drugs and medical devices to market faster. Alexander said the goal is “to modernize the way drugs and medical devices are discovered, developed and approved.”

The role of the FDA Commissioner will be central in deciding when and whether to defend the agency’s powers in the face of deregulatory reforms, not least because both parties and the White House support varying degrees of change. “The administration is very engaged,” in the changes afoot on Capitol Hill, says one Democratic Senate aide, and “Any incoming FDA commissioner is going to play a big role in the process.”

Dr. Stephen Ostroff, a long-time employee of the Health and Human services department and currently the chief scientist at FDA, will become Acting Commissioner when Hamburg steps down in March. Hamburg recently appointed Robert Califf of Duke University to be Deputy Commissioner for Medical Products and Tobacco. He is due to start that job in late February, and is considered a leading contender to succeed Hamburg—the Wall Street Journal notes that he was interviewed twice for the job under the Bush administration.

The FDA Commissioner in nominated by the President and requires Congressional approval. 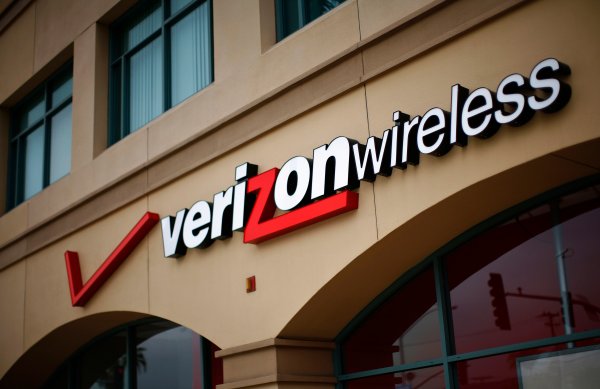 Happy About Net Neutrality? Thank Verizon
Next Up: Editor's Pick