These Are the Terrible Mistakes You're Making in Your Job Search

Job seekers are feeling more confident about the economy and about their prospects, and more of them—especially young adults—report that they’re keeping an eye out for new employment opportunities even if they already have a decent job.

In a new survey, recruiting software company Jobvite finds that 45% of job seekers are satisfied with their current job, but open to jumping ship — and half of currently employed people looking for work characterize their current job as a “stepping stone” or “entry level,” a figure which jumps to more than 70% of job-seekers under the age of 30.

Here’s the rub: These people might not have as much success as they imagine if they engage in some of the behaviors Jobvite’s survey highlights.

Today’s job hunters treat the pursuit of career advancement almost the same way as they would buying something on Amazon, says Jobvite CEO Dan Finnigan.

“It’s almost like purchasing a product online, where the one-click shopping experience is now the norm,” he says. This attitude is especially prevalent among job-seekers under 30, he says. “As millennials especially are working longer hours and leading busier lives, they’re not wasting any time missing out on competitive positions… the tech-savviest ones are leveraging mobile to job hunt when the have the time.”

In addition to the nearly half of job-seekers who say they’ve looked for work in bed, 21% who job-hunt during meetings and the nearly 20% who use bathroom breaks to find a job, almost 10% say they’ve searched for work while out at a bar.

Although searching for jobs on a smartphone makes it easier to check out the options and apply for work anytime and anywhere, happy-hour job-hunting isn’t without risks, Finnigan says. “[It] could put you in a position where you’re more prone to making a careless spelling error or forget a detail in your contact information,” he says. “It’s important to devote full attention during this process of the job search,” a task that’s harder after you’ve had a couple of drinks.

Jobvite also finds that the use of social networks to score job leads is rising. Aside from Facebook, Twitter and LinkedIn, more people looking for work are hitting up Pinterest, Instagram and even Snapchat.

Again, while more avenues should mean a faster route to employment, job-seekers could create roadblocks for themselves if they’re not careful. “Any time you’re interacting with a company on social media, being professional, intelligent and careful is essential,” Finnigan says. While most professionals today treat LinkedIn as an extension of their “work self,” it might take a mental transition to think that way about a more freewheeling site like Snapchat.

And the temptation to exaggerate on social media spills over into people’s employment-related postings. Jobvite finds that 31% percent of job seekers inflate their skills on Twitter, and more than a quarter fabricate references on Facebook.

“People have been inflating and overstating their skills on their resumes for years, so it’s not too surprising — but it’s still a bad idea,” Finnigan says. “In today’s information-heavy age, this practice is even more risky,” he points out. With so much of our lives online today, it’s easier for people — such as hiring managers — to ferret out a fib. 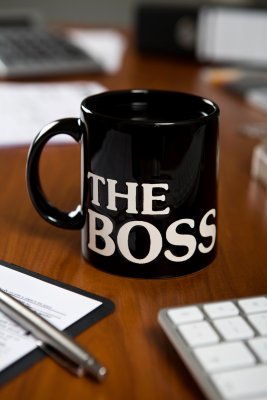 How to Disagree With Your Boss and Still Get Ahead
Next Up: Editor's Pick