UNC Must Confront Its KKK Legacy

A general view of the Bell Tower on the campus of the North Carolina Tar Heels before their game against the Virginia Tech Hokies at Kenan Stadium on Oct. 4, 2014 in Chapel Hill, N.C.
Streeter Lecka&—Getty Images
Ideas
By Michael Muhammad Knight
Michael Muhammad Knight is a PhD candidate in Religious Studies at UNC-Chapel Hill and the author of 9 books.

In 1913, during the dedication of a Confederate soldiers’ memorial at the University of North Carolina at Chapel Hill, industrialist Julian Carr praised the monument as a tribute to those UNC alumni who had died in defense of the “Anglo Saxon race.” Boasting of his own participation in that effort, he proudly recalled having “horse-whipped a Negro wench” just 100 yards from where the memorial had been erected.

Last Friday, as over 500 members of the UNC community assembled in front of that memorial to demand that UNC correct the racism of its landmarks, several African American women repeated Carr’s words in unison: “Negro wench.” One of those women, rally organizer Omololu Babatunde, then answered Carr’s 1913 dedication speech with a devastating address of her own. “These are the words and hateful sentiments that fall on my body and other Black bodies,” she told the crowd, referring to the numerous sites honoring the university’s white supremacist past that still litter the UNC campus. Now, a rising student-led movement is demanding that the university properly confront and contextualize its history, making changes to the campus map to more fully represent UNC’s community as it exists in 2015.

As a geography major at UNC, Babatunde regularly works in Saunders Hall. It was for William L. Saunders’s efforts gathering historical records that the university named the building after him in 1922. In addition to his contributions as an archivist, however, Saunders was also a leading figure in local chapters of the Ku Klux Klan. “As I cross the threshold of this building in all my Black womanhood,” Babatunde told the gathering, “I am struck with a wave of mind-numbing fury.” The fury, she explained, is directed less at the historical person of Saunders himself than at a university administration that continues to honor him, thus preserving the Klan’s legacy of racially motivated terrorism.

For decades, members of the UNC community have sought to rename buildings such as Saunders Hall and to contextualize the Confederate soldiers’ memorial. These efforts have not yet been successful, even despite reports of African American students becoming physically ill when having to enter Saunders. As a PhD candidate in the university’s Religious Studies department, I also work in Saunders Hall, and have repeatedly observed the shock and disgust on undergraduates’ faces when they first learn this history. So many of these students take tremendous pride in representing the Carolina blue, and students coming from within the state especially treat UNC as embodying North Carolina itself. Though it may not be surprising that an institution founded over two centuries ago possesses a complex history, they are stunned and shamed by the university’s continued indifference towards that history. Many are heartbroken by the university’s willingness to honor a KKK leader at the expense of living members of its community: the students, faculty, and staff who are institutionally coerced into recognizing Klan violence when they work at Saunders Hall.

The organizers of Friday’s “Kick out the KKK” rally have made three demands that they describe as the “bare minimum.” First, Saunders Hall must be renamed Hurston Hall, after anthropologist and author Zora Neale Hurston, who secretly studied at UNC prior to integration. In addition, the university’s Confederate memorial must bear a plaque that confronts its history. Finally, the organizers have demanded that UNC design a curriculum that contextualizes its racial history as part of orientation for incoming students.

In a statement, UNC Chancellor Carol Folt responded that the Board of Trustees would be “taking a close look” at what has been a grievance of UNC students for decades. Board of Trustee Chair Lowry Caudill additionally expressed concern over responding to the protests without “imposing today’s social norms on the past and ignoring our history, either good or bad.” Unfortunately, the Board has been less concerned with imposing yesterday’s world on UNC’s present. And if there is any danger of ignoring UNC’s history, it is on the side of a university administration that has allowed these troublesome legacies to go uncorrected.

Building on the momentum from Friday’s event, the demonstrations continue. Monday, students of color assembled in front of Saunders Hall wearing nooses around their necks, bearing signs that read, “This is what Saunders would do to me.” The group also distributed reproductions of documents from the university’s historical collections at Wilson Library, confirming Saunders’s KKK affiliation. Later this week, emphasis will turn from the horror of the Klan and Confederacy to what Babatunde calls a gathering of “joy, performance, and love” in honor of Zora Neale Hurston. The transformation from Saunders Hall to Hurston Hall does not simply attempt to erase the university’s memory of racism, violence, and exclusion; it celebrates the history of those who have struggled against all odds to make UNC a more inclusive place. As a student at UNC before her admission could have been a legal possibility, Hurston personifies that history.

Exploring conversations about UNC’s troubled landmarks throughout social media, I repeatedly encountered remarks suggesting that if people don’t like the university’s Confederate memorial statue, affectionately nicknamed “Silent Sam,” then they should leave. Sadly, this was the precise message of the statue itself: in 1913, Silent Sam marked the UNC campus as a site of white supremacy, making it clear to people of color that they were not welcome. A century after the statue’s dedication, Silent Sam continues to send that message: if you don’t like white supremacy, this is not the place for you. The UNC community has demanded that the university confront and correct the meanings that have been inscribed on its memorials and buildings, creating a campus that more completely welcomes all. 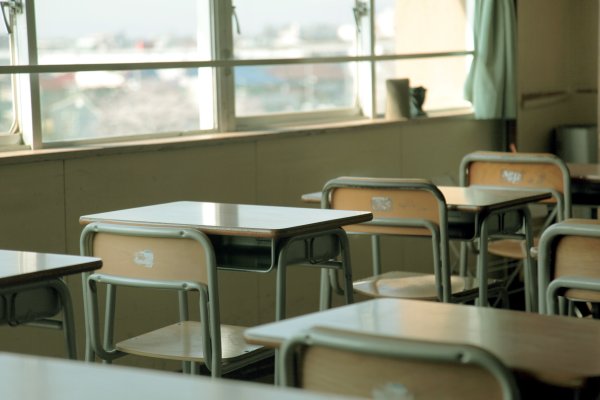 Gifted and Talented Programs Dumb Down Our Students
Next Up: Editor's Pick