Crock and Awe: What Was Brian Williams Thinking?

What did Brian Williams not know, and when did he not-know it?

Here’s what the rest of us know for sure about Williams’ Iraqi misadventure. On the Jan. 30 NBC Nightly News, the anchor told a story about having been on a helicopter that was hit by a rocket-propelled grenade during the 2003 invasion. Soldiers who were there said it wasn’t so, a story appeared in military newspaper Stars and Stripes, and Wednesday night on the news, Williams recanted his story and apologized, saying he was actually on an aircraft following behind the one that was hit.

What we don’t know is whether Williams’ explanation–that he was on a helicopter behind the one that got shot down and “conflated” the two in recalling the story–holds water. We don’t know if he “lied” or “misremembered.” Both of those involve intent, and none of us is psychic. It may seem weird that Williams would intentionally make up a story after having written and reported earlier that he was not on the chopper that got hit by the RPG. And it may seem far-fetched that you could forget the details of, you know, getting shot down in the desert during a war. But I try to live by the rule that any sentence that begins, “If I were ever on a helicopter in the middle of a war zone, I know I’d…” is one not worth hearing the end of.

But whatever was going through Williams’ mind, then and now, what’s telling is the way that both he and NBC told and retold the story over the 12 years in between. What you often see is something more journalistically common than out-and-out making a story up, but dangerous anyway: telling a story, but couching the wording to present it the juiciest way possible.

Erik Wemple at the Washington Post and Brian Stelter at CNN each have a good overview of the iterations of the story over the years. On the Nightly News in 2003, then anchored by Tom Brokaw, Williams’ story doesn’t say he was on the Chinook that got hit by an RPG. It just doesn’t not say it either: “Our lead chopper pilot remembers seeing a pickup truck driver stop and wave while another man pulled back a tarp, stood up in the back of the truck and fired an RPG, a rocket-propelled grenade. Rifle fire came from yet another Iraqi.”

On NBC’s Dateline shortly afterward, there’s a longer report; here Williams does say that “the Chinook ahead of us was almost blown out of the sky.” But Williams returns to the story numerous times over the years. In a 2007 TV segment, he says that “the Chinook helicopters we were traveling in at the start of the Iraq war were fired on and forced down for three days.” Again, this doesn’t explicitly say that Williams’ chopper was hit, but it does put the story dramatically. And in another big discrepancy, the soldiers interviewed by Stars and Stripes charge that Williams actually arrived on the scene in a separate Chinook, which did not come under fire, an hour later.

The story goes on. In a 2008 blog post, Williams writes that the helicopter in front of his was hit by the RPG, but that “all four of our low-flying Chinooks took fire.” That same year, Williams speaks at Ohio State University and the press release says he “was part of a U.S. Army helicopter mission that was forced down.” And on Late Show with David Letterman in 2013, he tells Dave, “two of our four helicopters were hit by ground fire, including the one I was in, RPG and AK-47.” Note the phrasing: he doesn’t say his was the chopper that took the RPG, but you sure could infer the scarier story–and indeed, Letterman says, “I have to treat you now with renewed respect.”

Williams’ version of the story this year was the one that was flat-out, by his admission, false: he says his Chinook was hit by an RPG, and it wasn’t. Why this time? Again, I’m not a mind-reader–and really, an anchor and managing editor of TV’s biggest newscast getting the details wrong of a war story that he himself was involved in is bad enough. Beyond apologizing, Williams needs to come out and be clear about what exactly did happen in 2003–was he in the chopper formation that was fired on, did he arrive later, and so on–and whether that squares with his past versions.

But whether Williams’ RPG story was conflation or invention, it’s possible that either way the root of it is in that pattern you see in some of those retellings, a common enough temptation in journalism: you have a pretty good story, but if you spin it just the right way, you can get your audience to imagine and infer a spectacular one.

It’s a short hop from there to actually blurting yourself that perfect, juicy story that just has the disadvantage of never having happened. Brian Williams’ war story had quite a flight over the years. In the end, it flew a little too high, and was brought down to Earth. 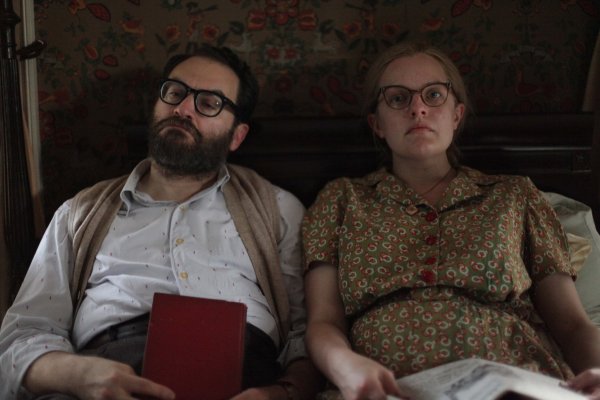