It has been nearly two weeks since Saudi Arabia lost King Abdullah, 90, whom his people affectionately labeled “The King of Humanity.” Since then, the notoriously slow-moving country has swiftly shifted gears. The new ruler, King Salman, 79, is the first Saudi King to have an official Twitter account and he addressed his citizens on social media. The Saudi history book is now being written live, 140 characters at a time. But while Saudi communications have moved into the 21st century, other traditions of the nation remain stuck in the past.

King Salman isn’t the only reason Saudi citizens have been glued to their Twitter feeds recently. Nearly two months ago, a determined Saudi woman with a valid driver’s license, Loujain Al Hathloul, 25, drove alone to the Saudi border from neighboring United Arab Emirates (UAE). Since women in Saudi Arabia are unable to drive in the country, the men working at the border confiscated her passport. She sat alone in her car, stranded yet defiant, and let her fingers do the talking. Although she objected to the men taking her passport, Al Hathloul praised them for their hard work. She tweeted how they offered her a 7UP soda, and showed a picture of the food and water bottles they bought for her.

Hours and dozens of tweets later, her UAE-based friend, Saudi journalist Maysaa Al Amoudi, 33, came with her own car to offer supplies to Al Hathloul—like a toothbrush—and support. It was cold and rainy, they each tweeted. At last count, Al Hathloul had 231K Twitter followers and Al Amoudi had 135K. At the time, Arabic hashtags of #LoujainBraveHeart and #LoujainAtTheBorder were trending on Twitter. After Al Hathloul had stayed at her car for a full day, and Al Amoudi for a few hours, tweets from both accounts abruptly stopped.

Al Amoudi did not intend to enter the country, sources say, but both women were taken into custody; Al Hathloul was taken to a juvenile center for girls and Al Amoudi was taken to the al-Ahsa Central Prison. Reports say that Al Amoudi has become ill during her stay, but no details have been released on her condition. It has been 67 days since the women were jailed.

When Saudi Arabia’s new King Salman went on state TV on Jan. 29th, citizens refreshed their smartphone feeds once again. As is the tradition when a new King steps into power, King Salman offered royal decrees. Along with generous salary bonuses and changing of ministers, he ordered the release of certain inmates currently held in Saudi jails. However, there were exceptions, including those jailed for speaking out against the government and human rights activists. Al Hathloul and Al Amoudi are still in jail.

The King’s nephew, Prince Mohammed bin Nayef, 55, who is the new deputy crown prince and second in line to the throne, is in charge of Al Hathloul and Al Amoudi’s case. A father of two daughters, Bin Nayef was educated in the U.S. and trained in counter-terrorism at both the FBI and Scotland Yard. His counter-terrorism training means the two women will be reportedly tried in the terrorism court, under a charge called “incitement to public disorder.”

Under the late King Abdullah’s rule (2005-2015), many changes happened for Saudi women. King Abdullah’s began a scholarship program in 2005 that allowed both men and women to pursue higher education at universities abroad without any personal cost. In 2011, the same year another female driver was jailed for defying the driving ban, King Abdullah made the monumental decree that Saudi women would be allowed into the Shura Council, which is the formal advisory board that proposes laws to the King. During that same year, the late King also said that women would be allowed to vote and run for office in the next elections, scheduled for 2015. Two Saudi women living outside of the Kingdom participated in the 2012 London Olympics for the first time ever. The athletes qualified at the last minute, after extreme pressure from outside entities, including Human Rights Watch. In 2013, the number of working women in Saudi Arabia reached almost 400,000, a four-fold increase in just three years, according to Labour Ministry figures. That same year, the Kingdom also saw its first ever Oscar-nominated director for the film Wajdja, written and directed by a Saudi woman, and the first feature film shot entirely in Saudi Arabia.

Despite the driving ban, there is no official law that prevents women from driving in the country. The Kingdom has been aiming to introduce public transportation to ease tensions. One such project is the King Abdullah Financial District (KAFD) Metro Station in Riyadh—designed by Iraqi-British architecture superstar (and woman!) Dame Zaha Hadid. Princess Nora bint Abdulrahman University, in Riyadh, the largest all-female university in the world, has its own driverless metro on campus where women can ride to class on their own.

The last few decades have seen a handful of different Saudi women go behind the wheel, each starting both their the engines and the conversation. For reaching for the car keys, many of these women were jailed, stripped of their jobs and shamed for stepping into the front seat of the car. But, despite the backlash, every few years, another woman tries to break the cycle.

Regardless of the efforts by the late King Abdullah to allow Saudi women to gain more rights and be more active in society, Al Hathloul and Al Amoudi were both jailed during his reign.

What is perhaps most surprising about the women driving movement is the support of fellow Saudi men. A parody video that went viral entitled “No Woman, No Drive,” was released on Oct. 26, 2013 to coincide with the Women2Drive campaign. One of the secondary performers in the video, wearing traditional Saudi attire, is Fahad AlButairi, a well-known Saudi stand-up comedian and actor. 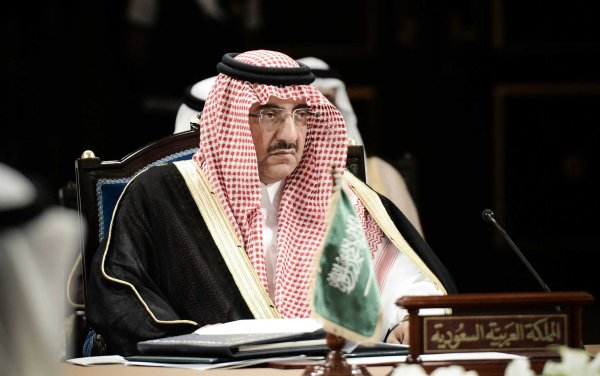 So This Saudi Prince Didn't Actually Graduate From Lewis & Clark College
Next Up: Editor's Pick