The Rise of Pop Chefs

Jeremy Baras remembers the first time he ever saw a pop-up restaurant. The 26-year-old entrepreneur was on vacation in England four years ago and had to look up at the London Eye Ferris wheel to see it. Dangling above him was a capsule full of diners who were served a new course each time it made a revolution. “I thought that was the coolest thing ever,” he says. Baras, who founded PopUpRepublic.com in 2012 to promote the idea of pop-up restaurants stateside, has been studying them ever since.

Pop-ups, which have been around since at least the early 2000s, are open anywhere from a few hours to several months, but their defining feature is that they are temporary. They may be only a sliver of the $709 billion U.S. restaurant industry, but pop-ups have gotten a boost in recent years as a lower-cost, lower-risk way for entrepreneurs to test the waters. Some restaurant owners see them as a way to renew interest in existing locations. And some struggling cities, like Oakland, Calif., have turned to them to help revitalize local economies bruised by the recession.

The concept has been especially popular with up-and-coming chefs who want to test-drive a menu concept without investing a fortune in a permanent space. “Your line cooks and sous chefs, they’re really, really talented, but they’re sort of stuck in the back of somebody else’s kitchen cooking somebody else’s menu,” says Zach Kupperman, chief business officer and co-founder of Dinner Lab, a two-year-old company that throws pop-up dinners in unconventional locations like abandoned churches and helipads. Its chefs cook in the middle of the space, give a preamble about the menu and themselves–and then bravely listen to diner feedback afterward. The company has raised more than $3 million from private investors, including the chairman of Whole Foods.

Pop-ups’ temporary nature also allows restaurateurs to charge a premium. Dinner Lab, for instance, charges diners an annual membership fee of $125 to $175, depending on where they live, plus $50 to $85 a head for each meal. “It’s the fear of missing out,” explains Baras. “Customers don’t want it to be here today, gone tomorrow and they’ve missed out on something.”

Pop-ups have benefited from the rise of crowdfunding. EquityEats, a startup based in Washington, D.C., that helps chefs find seed money, launched last November. The company raised $650,000 for four restaurant ideas at a launch party thrown by the chefs, says EquityEats CEO Johann Moonesinghe. “What’s fun about it is you get to interact with the chef,” he adds. “That’s what people really want.”

Of course, trends in the food industry come and go quickly, and there’s no guarantee that diners won’t tire of the concept. Some entrepreneurs have resorted to even-more-gimmicky locations–in a former limestone mine, say, or at the top of a crane–to keep customers interested. Says Baras: “It’s not quite part of the mainstream economy yet.” 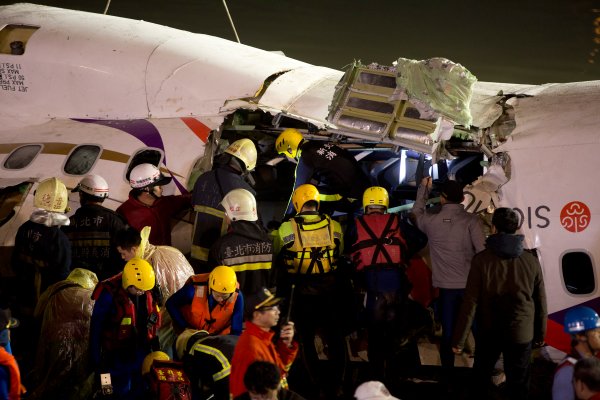 East Asia's Airlines Are Pretty Much No More Dangerous Than American Ones
Next Up: Editor's Pick