A Nation of Mini Meditators

Any teacher who’s ever prodded, begged or bribed a child to sit still and listen knows there aren’t a ton of proven ways to get a kid to tune in. But a slew of new research offers a different suggestion: Breathe. Not you–them.

Mindfulness and meditation programs are emerging as powerful ways to calm kids down, sharpen their brains and make them kinder to their classmates. Though the research looks at many different techniques, the outcomes seem consistently positive–and they appear to work in kids so young, they’ve yet to meet their first fraction all the way up to high school seniors. Some research even hints that Transcendental Meditation leads to higher graduation rates: 15% higher, one 2013 study found. Seemingly idle time may have a place at school after all.

HERE’S WHAT THE SCIENCE SAYS:

Fourth- and fifth-graders who participated in a mindfulness and kindness program showed better social behavior than their peers and were less aggressive and better liked.

The mindful group had math scores 15% higher than their peers’. In a separate study, 41% of meditating middle schoolers gained at least one level in math on a state standardized test.

Even third-graders can get Zen. Eight weeks of mindfulness and yoga resulted in fewer ADHD symptoms and less hyperactivity–and the effects lasted for months after the program ended.

Three years after a Transcendental Meditation program was implemented at a troubled middle school, suspension rates dropped from 28% to 4% and teacher turnover plummeted.

Just nine lessons of a mindfulness program led to lower depression scores, less stress and better well-being in British kids ages 12 to 16, compared with students who didn’t participate in the program.

At an elementary school in Richmond, Calif., teachers reported better focus, self-control, class participation and peer respect in kids who followed a mindfulness program, compared with their levels before. 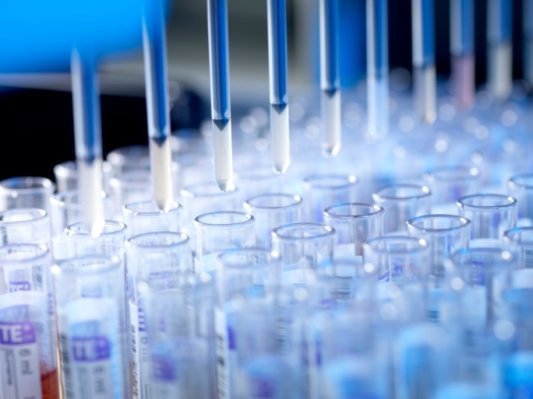 Your Phone Can Now Be Used to Test for HIV
Next Up: Editor's Pick