Actress Amber Heard and actor Johnny Depp at the premiere of 3 Days to Kill in Los Angeles on Feb. 12, 2014
Mario Anzuoni—Reuters
By Sabrina Toppa

Pirates of the Caribbean actor Johnny Depp tied the knot this week with Friday Night Lights actress Amber Heard in a surprise ceremony in Depp’s Los Angeles home, PEOPLE and E! Online report, just days ahead of a planned celebration on Depp’s 45-acre private island in the Bahamas.

The couple met on the set of The Rum Diary in 2010 and began dating in 2012 after Depp broke off a 14-year partnership with French singer Vanessa Paradis, the mother of the 51-year-old’s two children, Lily-Rose Melody Depp and John Christopher “Jack” Depp III.

Heard and Depp got engaged last January. This is Depp’s second marriage. He divorced his first wife, Lori Anne Allison, in the 1980s.

Last year, Depp described his 28-year-old wife on NBC’s Today show as “a Southern belle and sweet as can be, and very good for me.” 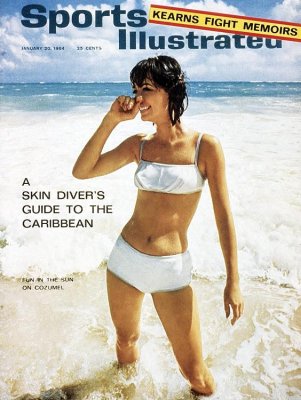 See Every Cover of the Sports Illustrated Swimsuit Edition
Next Up: Editor's Pick