The New York passenger train that collided with a car Tuesday moved the vehicle 1,000 ft. and ripped up 400 ft. of rail, with a lethal inferno resulting from the car gasoline’s interaction with the electrified rail, government investigators said Wednesday. The incident is the worst in Metro-North Railroad’s history, killing six people and injuring a dozen in Westchester County.

According to officials at the National Transportation Safety Board (NTSB), the electrified rail pierced the car “behind and below the driver’s seat” and then plowed into the train. The rail cut up into 80-ft. pieces, at least one of which ripped through a second rail car, the New York Times reported.

Investigators are looking at why a car was on the tracks, why so many passengers died, and whether warning signals did not go off. Officials plan to scrutinize crossing arms and rail traffic and highway signals to analyze if warning alarms malfunctioned.

NTSB official Robert L. Sumwalt said that a complete investigation would take approximately a year, but examining the scene would be done within a week. 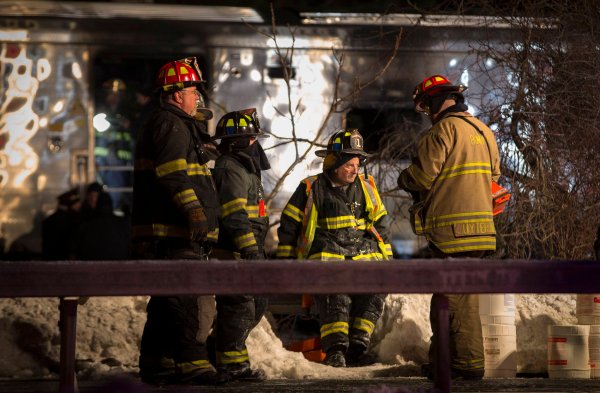 Identities of 2 Metro-North Crash Victims Confirmed
Next Up: Editor's Pick