How to Get in Shape 'Without Moving a Muscle'

Looking for a way to get fit without getting up from your chair? Yeah, so’s everyone else — even folks in the armed forces, and even five decades ago.

“The symptoms are turning up everywhere,” TIME wrote, in the Jan. 31, 1964, issue. “A commuter puts down his paper and his eyes glaze as if with some interior rapture; a stenographer stops typing and stiffens in her chair; waiting for the children’s hamburgers to brown, a housewife suddenly presses her hands on the kitchen table until the knuckles show white. These are not the victims of some new virus, nor has the strain of modern living sent them around the bend. Instead, they are practicing the very latest wrinkle in body culture: isometrics.”

Isometric exercise, the article explained, involved creating an immobile muscle contraction using the resistance from an unmoving object. The height of fad exercise at the time, it was credited by the Green Bay Packers with their winning seasons in the early ’60s and was endorsed by the Navy, which originally published the diagram seen here.

“Executives can build up their biceps when their secretaries aren’t looking simply by sitting up straight, sliding their open palms against the underside of their desks, and pushing up for six seconds,” TIME raved. So go ahead and try it — nobody will notice.

Read the full story, here in the TIME Vault: Without Moving a Muscle

Read next: When Exercise Does More Harm than Good 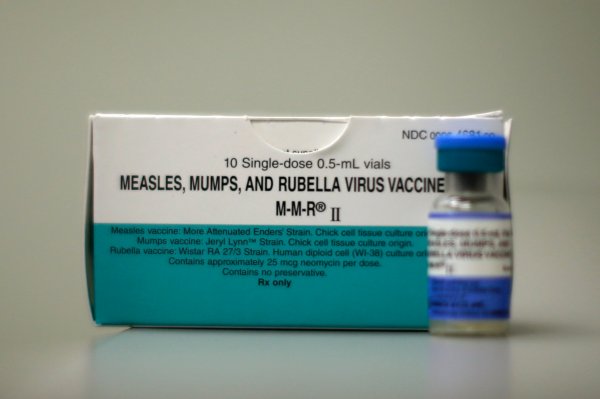 A Polio Survivor's Plea: Vaccinate Your Children
Next Up: Editor's Pick