After a brief tease, Marvel and Netflix have unveiled the first full look at Daredevil.

The trailer offers a chance to see Charlie Cox as Matt Murdock in action, as the blind hero adjusts to his enhanced senses and uses them to take down the criminals plaguing New York City.

The tone is decidedly darker, both thematically and literally, in comparison to most of Marvel’s cinematic output. Much of the trailer takes place at night, and even when the sun is out, it doesn’t seem Murdock’s world is in a much happier place.

The trailer also offers brief glimpses at the supporting cast—Deborah Ann Woll, Rosario Dawson, Elden Henson, and Vincent D’Onofrio—but it is decidedly focused on the titular hero. Murdock seeks forgiveness not for what he’s done, but what he’s about to do. And by the look of things, what he’s about to do is quite bloody.

All episodes of Daredevil’s season will debut exclusively on Netflix on April 10. For more on the show, read about what EW learned from the show’s producers about what viewers can expect when the show premieres. 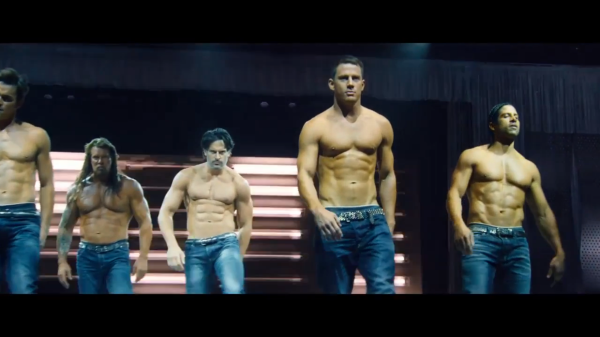 Watch Channing Dance in This Magic Mike XXL Trailer
Next Up: Editor's Pick