When Daylight Saving Time Was Year-Round

Daylight Saving Time has always been as controversial as the day is long. First enacted as an energy-saving measure during World War I — on the idea that moving forward an hour meant one fewer evening hour during which electric lights were needed — it was so unpopular that Congress immediately repealed it after the war. President Woodrow Wilson twice vetoed the repeal, but Congress, for once, was united in its opposition, and overruled the vetoes.

What followed was a time of chaos, when municipalities were free to set clocks according to their preferences. In Colorado, for example, Fort Collins and other cities fell back to standard time, while Denver stuck with daylight saving. Colorado hotels had to keep two clocks in their lobbies: one for Denver time, and one for the rest of the state.

It took another war to standardize the time again, and on this day, Feb. 9, in 1942, clocks across the country were set ahead an hour for the duration of World War II, after Congress called for year-round Daylight Saving Time, again with the goal of conserving energy — and again evoking “the mournful mooing of cows, the indignant squalling of infants, and the sleepy curses of U.S. workers,” according to TIME’s account.

Considering that there was a wartime shortage of food as well as a power, it was not insignificant that farmers were the most strenuous objectors to the time change. Just before the new policy took effect, TIME paraphrased the agrarian argument:

And although DST is the go-to response to any American energy shortfall (it was imposed year-round again in 1973, in the midst of the global oil crisis) the jury’s still out on whether it does any good, as an official with the Department of Energy told TIME in 2007. That year, a new law required clocks to move forward three weeks earlier than they had in previous years, but the DOE was hesitant to predict a major decline in energy consumption.

“Our preliminary report, based on decades-old information, indicates a very small amount of energy savings,” said the official.

When “War Time,” as FDR called year-round daylight saving time, ended in 1945, the nation’s overarching ambivalence signaled that many Americans weren’t convinced of its benefits, either.

As TIME noted in 1947, some areas, mostly in “the urban East,” continued saving daylight in the spring and summer months, but “32 whole states in the South and West still refused to have any truck with it.”

Read TIME’s 1942 take on year-round daylight saving time, here in the archives: You’ve Got To Get Up 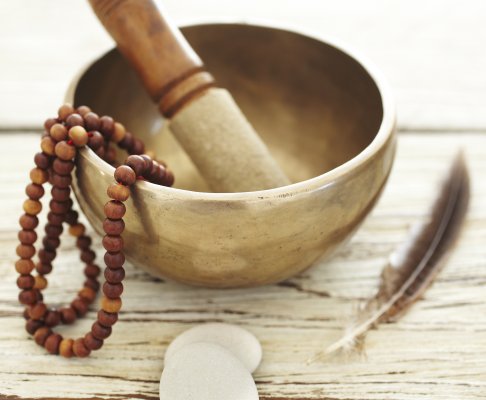 Buddhists Say a Mummified Monk Discovered in Mongolia Is Just Meditating
Next Up: Editor's Pick