Photos of a mysterious minivan with roof-mounted cameras in Concord, Calif., confirmed to be leased to Apple, were posted online Tuesday, raising suspicions that Apple might be testing its own driverless car, CBS reported.

Google has taken the spotlight with public tests of its driverless car prototypes, while Uber’s recent investment in robotics has sparked rumors of driverless taxis. Several top carmakers in the U.S. including Audi, Mercedes-Benz and Tesla also showed off plans for autonomous vehicle technology last month at the 2015 Consumer Electronics Show in Las Vegas, Nevada.

According to The Verge, the cameras appear to be LIDAR cameras (Light Detection and Ranging System), the same cameras Google uses to power its driverless cars.

The presence of roof-mounted cameras also has raised questions about whether Apple Maps wants to add on a street view function, similar to that of Google Maps. 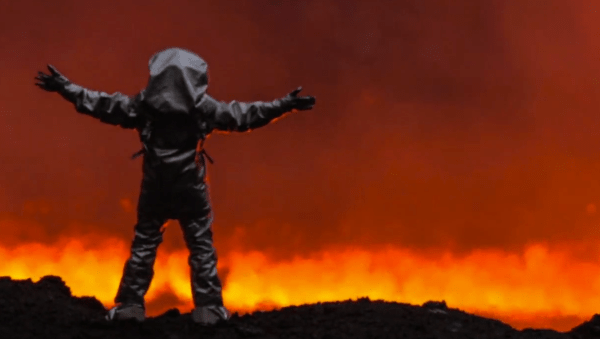 Watch This Amazing Volcano Footage Shot By a Drone
Next Up: Editor's Pick