Staples, the No. 1 U.S. office supplier, said Wednesday it would buy its nearest rival Office Depot Inc in a $6.3 billion cash-and-stock deal.

“This is a transformational acquisition which enables Staples to provide more value to customers, and more effectively compete in a rapidly evolving competitive environment,” Ron Sargent, Staples’ chairman and chief executive officer, said in a statement.

“We expect to recognize at least $1 billion of synergies as we aggressively reduce global expenses and optimize our retail footprint,” he added. “These savings will dramatically accelerate our strategic reinvention which is focused on driving growth in our delivery businesses and in categories beyond office supplies.”

The deal is expected to bring about at least $1 billion of synergies, says Staples’ Chairman and CEO Ron Sargent. Earlier this week, the Wall Street Journal reported the two companies were in advanced talks to merge. Staples has a market value of about $11 billion, while Office Depot has a market value of about $4.1 billion. Last month, activist investor Starboard Value LP called for the two companies to merge, saying a combined entity would lead to greater savings.

A merger would help fend off intense competition from online retailers such as Amazon.com and big-box chains such as Wal-Mart Stores that sell the same core office supplies, such as paper and ink toner, for less.

The combination of the two would likely get a close look from antitrust regulators, the Journal said.

The FTC approved Office Depot’s $976 million acquisition of OfficeMax in 2013 without the need to close stores, citing increased competition in the office supply industry. 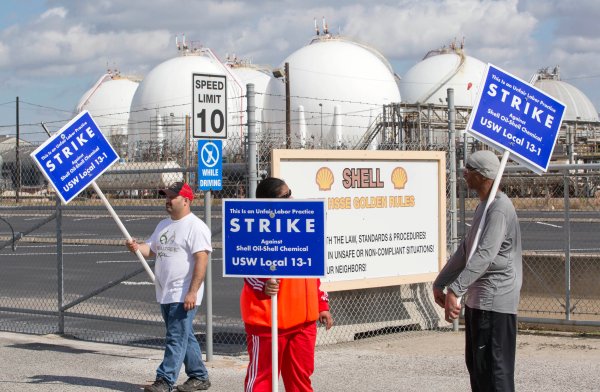