Jack Ma has been relegated to the third-richest man in China despite the success of his company Alibaba, the e-commerce giant that last year posted the biggest initial public offering ever.

The new richest man in China, according to Hurun’s 2015 Clobal Rich List released Tuesday, is clean energy tycoon Li Hejun, with a net worth of $26 billion, compared to Ma’s $24.5 billion personal fortune. Li’s privately-owned company ballooned in value when shares surged 255% in 2014.

The distinction of richest in China has shuffled 12 times in the past 16 years, a fact that underlies the “dynamism of the Chinese economy,” said Rupert Hoogewerf, Chairman and Chief Researcher of Hurun Report. “In that same period, Bill Gates has been the only Number One in the U.S.” 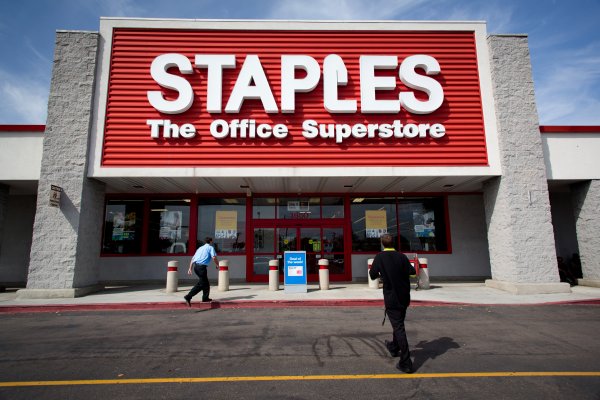 Staples to Buy Rival Office Depot for $6.3 Billion
Next Up: Editor's Pick