Lawsuit Looks to Legalize Aid in Dying in New York

By Nolan Feeney and Josh Sanburn

A group of patients and doctors filed a lawsuit Wednesday asking the New York Supreme Court to rule that aid in dying to terminally ill patients is legal in the state.

The lawsuit argues that having a doctor help a mentally sound, terminally ill patient end their life does not fall under the state’s current assisted-suicide ban, under which physicians can be prosecuted for manslaughter.

“For some dying patients, they find themselves trapped in a dying process they find unbearable,” said Kathryn Tucker, a lawyer representing the plaintiffs, at a news conference Wednesday, which included two patients who were party to the lawsuit.

Steve Goldenberg, a 55-year-old New York City resident dying of AIDS-related diseases, said that he hopes to gain some control over his medical condition, which has required several surgeries, radiation and constant medication.

“In New York today, my doctor fears even discussing aid in dying with me,” Goldenberg said. “I am asking the court to clarify that my doctor can provide medication I could ingest to achieve a peaceful death.”

Sara Myers, a 60-year-old woman suffering from ALS, said she’s suing New York state “to remove the legal barrier between my doctor and myself that prevents me from achieving a peaceful and dignified death, at the time and place of my choosing.”

Polls often show support for allowing terminally ill patients to end their own lives, but so far aid in dying is only legal in five states: Montana, New Mexico, Oregon, Vermont and Washington. But the so-called “death with dignity” movement has gained traction in recent months following the death of Brittany Maynard, a 29-year-old who spoke publicly about moving from California to Oregon in order to legally end her life. Lawmakers in several states have recently proposed right-to-die laws, including New York.

The lawsuit may put the state on a similar path as New Mexico and Montana, where courts have decided that there is nothing legally preventing physicians from helping a terminally ill patient who is mentally competent end their own life. 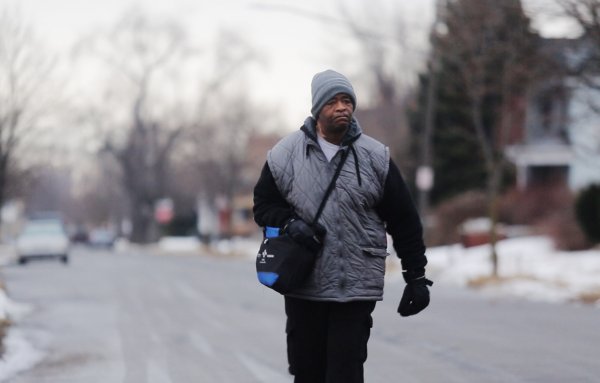 Detroit Man Who Walked 21 Miles to Work Each Day to Finally Be Bought Car
Next Up: Editor's Pick