An 'ISIS Recruiting Network' Has Been Broken Up in Canada

Federal authorities in Canada say they have crippled a jihadist-recruitment network following the arrest of a Canadian man they allege had ties to the Islamic State of Iraq and Greater Syria (ISIS).

Awso Peshdary allegedly helped people joined the terrorist group, which controls large swaths of territory in Iraq and Syria, according to Agence France-Presse. The 25-year-old is reportedly in custody in Ottawa.

“We were able to disrupt an organized network associated with [ISIS],” said James Malizia, an assistant commissioner with the Royal Canadian Mounted Police.

“This network was involved in recruiting individuals for terrorism purposes and in sending them into Syria and Iraq for the benefit of this terrorist group.”

Peshdary had been arrested during a previous investigation but was released due to lack of evidence.

Authorities also issued international arrest warrants through Interpol for two Canadian suspects who are believed to have already fought for ISIS in the Middle East. 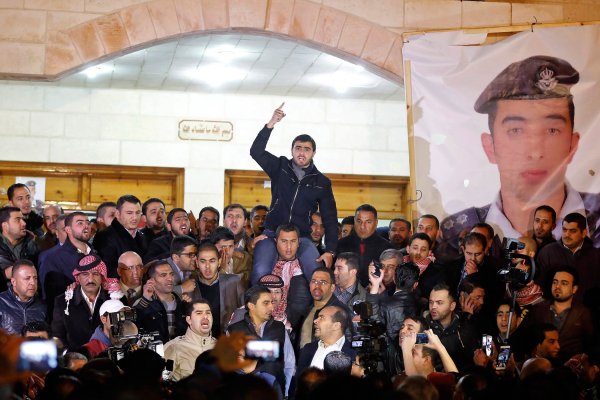 Jordan Vows Revenge for ISIS Burning of Pilot
Next Up: Editor's Pick