When Gas Prices Fell, Nobody Expected This

It wasn’t supposed to go like this. With gas prices plummeting, economists and analysts who study consumer spending were gleeful. This would be the shot in the arm the economy needed, they predicted. With that money in their pockets instead of their tanks, Americans would be more confident and increase their spending on discretionary purchases.

But that’s not what happened. Instead, families are hanging onto that extra money, stashing it in the bank or paying down their debts.

“We haven’t seen the extra savings from lower gas prices translate into additional discretionary consumer spending,” MasterCard CEO Ajay Banga said in a recent conference call. “I don’t think the U.S. consumer knows whether to expect this to be sticking around or not.”

Judging by our shopping behavior, we’re still extra-sensitive when it comes to gas prices. In a recent survey, the National Association of Convenience Stores finds that 71% of people say price is the most important factor when they buy gas. That’s five percentage points higher than last year even though the average price of gas has dropped by a dollar since the earlier survey was conducted. We’re fixated on the price of gas even when it’s not logical. More than 10% of people say they’d drive 10 minutes out of their way to save a nickel per gallon, even though you’d need to buy at least 22 gallons just to break even, considering the cost of the gas you’ll burn to get to the cheaper station.

That’s because, even more than five years after it officially ended, we’re still haunted by the Great Recession. “The pain of the recession remains fresh in the minds of many Americans,” the Wall Street Journal says. Compared to six months ago, the average consumer has about $60 that they’re not spending on gas each month, the newspaper says, pointing out that this is more money than many people have gotten in raises in recent years. But even though the holidays typically bring a surge in spending, new Commerce Department data shows that consumer spending actually fell slightly in December.

Economists are still hoping that cheaper gas will coax people to spend more in the coming months, provided prices at the pump stay low.

“This all bodes well for consumption growth in early 2015,” economist Paul Diggle tells the New York Times, and MasterCard’s Banga said another few months of lower gas prices might give consumers the confidence they need to start spending those savings. 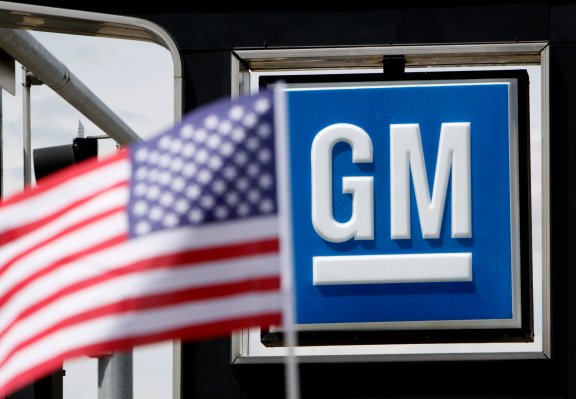 GM Employees Get Big Bonuses
Next Up: Editor's Pick