It's Time to Stop Ignoring the New Wave of Anti-Semitism

Soldiers stand guard outside a Jewish Community Center where three soldiers, patrolling outside the center as part of the country's Vigipirate security measures, were attacked by a man with a bladed weapon, on Feb. 3, 2015 in Nice, France.
Valery Hache—AFP/Getty Images
Ideas
By Jason Miller
Rabbi Jason Miller is an entrepreneur, educator and writer. A social media expert, Rabbi Miller is a popular speaker and writer on technology and its effect on the Jewish world. He also writes for the Huffington Post, for the Jewish Techs blog and the monthly "Jews in the Digital Age" column for the Detroit Jewish News. Rabbi Miller is the president of Access Computer Technology, a computer tech support, web design and social media marketing company in Michigan. He won the 2012 Young Entrepreneur of the Year Award from the West Bloomfield Chamber of Commerce and is a winner of the Jewish Influencer Award from the National Jewish Outreach Program.

I was shaken Tuesday after hearing about another attack in France. This time it occurred in the resort city of Nice rather than in Paris. A man with a knife attacked three French military personnel who were on an anti-terror patrol near a Jewish community center. While the attacker’s motive is not yet known, can I be blamed if I look at the recent rise in European anti-Semitism and wonder how far we are from another Holocaust?

At the end of last month, survivors of Auschwitz returned to those haunted killing grounds to mark the 70th anniversary of the death camp’s liberation, while a few weeks earlier Jewish people were murdered in a kosher grocery in Paris. And these violent attacks against Jewish people are not limited to Europe. We are seeing a significant rise in violence against Jewish people all over the globe. In a lengthy article published over the weekend in the Wall Street Journal by the Emeritus Chief Rabbi Lord Jonathan Sacks titled “The Return of Anti-Semitism,” he demonstrates that we’re witnessing precisely what we were warned about by our elders; namely, that the potential for a return to the horrors of the Holocaust is a real threat. For us Jews, as Rabbi Sacks eerily declared, “never again” has become “ever again.” The article is a jarring reminder of what will happen if this rampant anti-Semitism is allowed to fester.

My grandparents’ generation alerted us that without living out the mantra of “Zachor” (remember), we could face yet another Holocaust. Dozens of museums around the world, memorial services, art installations, books, classes, documentaries, personal video testimonials or Steven Spielberg movies will not protect the Jewish community from further atrocities. George Santayana famously said, “Those who cannot remember the past are condemned to repeat it.” Our problem is not that we cannot remember the tragedies of the Holocaust; rather, the Jewish community hasn’t taken seriously the threats that can lead to its sequel. We tend to shrug off the latest anti-Semitism statistics from the Anti-Defamation League as just another well intentioned fundraising strategy. The threat is palpable and it’s here now.

Which brings me to an important question that has been weighing very heavily on my mind. What will my role be as a rabbi in the second decade of the 21st century as I am a bystander to the rise of anti-Semitism and acts of terror committed against my people throughout the world? From Paris to Argentina to Brussels to Mumbai and even to our nation’s capital, there have been tragic murders of Jewish people at the hands of vicious anti-Semites. Much of this anti-Semitic violence comes under the veil of anti-Zionism.

As a Jewish leader, I’m haunted by the inactions of a previous generation of leaders. American rabbis of the 1930s, with the exception of a noted few, kept quiet about the tragedy befalling their European brothers and sisters. It was much too late by the time a delegation led by Rabbi Stephen Wise approached FDR urging him to intervene and bomb the train tracks leading to Auschwitz-Birkenau. While Holocaust historian Lucy Dawidowicz’s claims of complete inaction by American Jewish leaders have been challenged, I still feel haunted wondering if the rabbis of the WWII generation could have done more. Could they have spoken out louder and assembled stronger to push the American government to intervene sooner?

I’m reminded of the biblical dubbing of Moses as leader of the Israelites. Commentators have noted that what convinced God that Moses was ready to assume the leadership was not his verbal acceptance at the Burning Bush. Rather it was that Moses sprung into action when he saw his own people as victims of oppression. He turned his head away from the bush and recognized the cruelty being inflicted on others. Real leaders act; they do not remain silent when they witness injustice.

Today, like many other Jewish community leaders, I’m armed with the tools of modern communication: a widely read blog and a Twitter account. I certainly have the capacity and amplification to voice my concerns about the threat of anti-Semitism, this time around emanating not from Nazism, but from Islamism. The rabbis of the 1930s did not have those powerful social media tools at their disposal when they heard the rumors of their people being sent to slaughter. I have no excuse not to speak out when I hear the cries coming from Paris or Argentina.

As Rabbi Sacks makes perfectly clear, the rise of anti-Semitism in the 21st century is not about anti-Israel sentiment. It is not a political dissent toward the building of Israeli neighborhoods in the Palestinian territories. It is not about corporations that do business with Israel. It is not about universities teaching Israeli history or culture courses. Plain and simple, 21st-century anti-Semitism is the continuation of the same Jewish hatred that has raised its ugly head for centuries. It is the same anti-Semitism that we saw 70 years ago in Europe as 6 million Jewish men, women and children were exterminated.

I for one will not stand idly by. The world must recognize that history repeats itself. What happened seven decades ago to our great-grandparents can happen again to our children and grandchildren. I’d like to believe that the moral men and women of our global society would never allow another Holocaust to occur, but the sentiment that causes it is being allowed to brew. Let the inaction of a previous generation of leaders serve as a stark reminder of our own responsibility to speak out against hatred of any kind and ensure that history doesn’t repeat itself. The future of my people depends upon it. 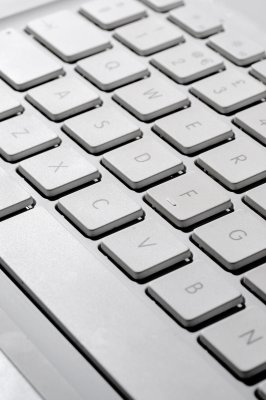 No, Blogs Are Not Dead
Next Up: Editor's Pick