The Florida Gators didn’t make the Super Bowl, but that didn’t stop one man from trying pay homage to the team with his game day dinner.

The gators were each about five-feet long, according to the Associated Press, and Nixie admitted to trapping them.

Police arrested Nixie, 30, on Sunday for possession and taking alligators without a proper tag, according to the Daytona Beach News-Journal. He was released from county jail on a $500 bond and is due back in court March 3.

“No one should have possession of a Florida alligator unless they are a state nuisance alligator trapper,” Greg Workman, a spokesman for the Florida Fish & Wildlife Conservation Commission, told the Sentinel. “It’s not just a free-for-all.” 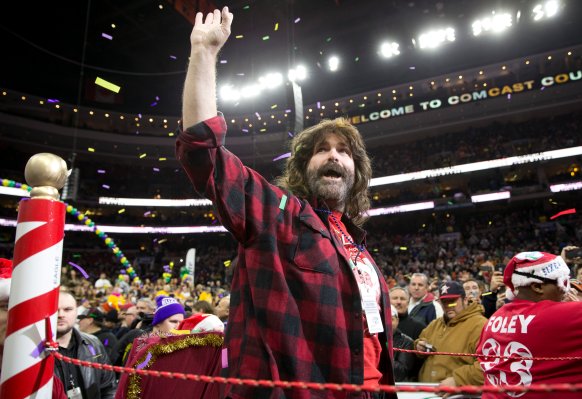 Wrestler Kicked Out of Eating Contest for Hiding Chicken Wings in Fanny Pack
Next Up: Editor's Pick