Cheap gas and oil aren’t the only forces disrupting the U.S. electric system. Solar is already wreaking havoc, and large-scale batteries are looming.

What Uber and Lyft have done to the taxi industry worldwide is just beginning to happen to the electricity industry; and it could shock consumers — particularly the less affluent — as surely as though they had stuck their finger in an electrical outlet.

The disruptive revolution is not only happening here, but also in Europe, as Marc Boillot, senior vice president at Electricite de France (EDF), the giant French utility, writes in a new book.

Ironically, here in the United States, disruption of the otherwise peaceful world of electric generation and sale last year was a bumper one for electric stocks because of their tradition of paying dividends at a time when bond yields were low.

The first wave of disruption to electric generation has been a technology as benign as solar power units on rooftops, much favored by governments and by environmentalists as a green source of electricity. For the utilities, these rooftop generators are a threat to the integrity of the electrical grid. To counter this, utilities would like to see the self-generators pay more for the upkeep of the grid and the convenience it affords them.

Think of the grid as a series of spider webs built around utility companies serving particular population centers, and joined to each other so they can share electricity, depending on need and price.

Enter the self-generating homeowner, who by law is entitled to sell excess production back to the grid, or to buy on the grid when it is very cold or the sun isn’t shining, as at night. The system of selling back to the electric company is known as net metering.

Good deal? Yes, for the homeowner who can afford to install a unit or lease one from one of a growing number of companies that provide that service. Lousy deal for the full-time electricity customer who rents or lives in an apartment building.

There’s the rub: Who pays the cost of maintaining the grid while the rooftop entrepreneur uses it at will? Short answer: everyone else.

In reality, the poor get socked. Take Avenue A with big houses at one end and apartments and tenements at the other. The big houses — with their solar panels and owners’ morally superior smiles — are being subsidized by the apartments and tenements. They have to pay to keep the grid viable, while the free-standing house — it doesn’t have to be a mansion — gets a subsidy.

It’s a thorny issue, akin to the person who can’t use Uber or Lyft because he doesn’t have a credit card or a smartphone, and has to hope that traditional taxi service will survive.

The electric utilities, from the behemoths to the smallest municipal distributor, see the solution in an equity fee for the self-generating customer’s right to come on and off the grid, and for an appreciable difference between his selling and buying price. Solar proponents say, not fair: Solve your own problems. We are generating clean electricity and our presence is a national asset.

EDF’s Boillot sees the solution in the utilities’ own technological leap forward: the so-called smart grid. This is the computerization of the grid so that it is more finely managed, waste is eliminated, and pricing structures for homes reflect the exact cost at the time of service. His advice was eagerly sought when he was in Washington recently, promoting his book, entitled “Advanced Smart Grids.”

While today’s solar may be a problem for the utilities, tomorrow’s may be more so. Homeowners who can afford it may be able to get off the grid altogether by using the battery in an all-electric car to tide them over during the sunless hours.

The industry is not taking this lying down: It’s talking to the big solar firms, the regulators and, yes, to Elon Musk, founder of electric-car maker Tesla Motors. He may be the threat and he may be the savior; those all-electric cars will need a lot of charging, and stations for that are cropping up. There’s a ray of sunshine for the utilities, but it’s quite a way off. Meanwhile, the rooftop disruption is here and now. 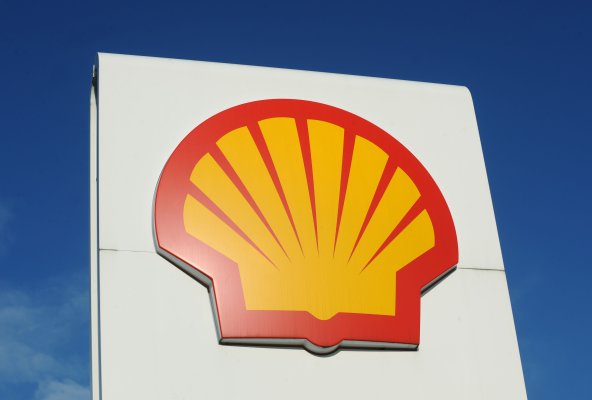 Strikes the Latest Threat Facing US Oil Industry
Next Up: Editor's Pick