Workers are on strike at nine oil refineries and chemical plants around the United States in the largest such job action in 35 years.

Members of the United Steelworkers union (USW) who are employed by more than 200 US oil terminals and pipelines as well as refineries and chemical plants struck the nine facilities on Feb. 1 after negotiations with several oil companies failed to end in an agreement on wages, safety and benefits. The contract covers 30,000 hourly workers.

“Shell refused to provide us with a counter-offer and left the bargaining table,”USW International President Leo Gerard said. “We had no choice but to give notice of a work stoppage.”

Although picket lines were set up at nine of the companies’ facilities, only one has restricted production. But a walkout affecting all 200-plus facilities would stall up to 64 percent of American fuel production.

The USW issued a statement saying the refineries directly affected by the strike have optimum production levels of 1.82 million barrels of fuel per day. They include Tesoro Corp.’s plants in California and Washington state, Marathon Petroleum’s facilities in Kentucky and Texas, and complexes owned by Shell and LyondellBassell Industries in Texas.

The last time the union had called a strike was in 1980, a three-month work stoppage in which the companies used salaried workers to do the jobs of striking USW members. This one comes as oil companies around the world already are reeling because of the steep plunge in the price of oil, which has lost nearly 60 percent of its value since June 2014.

Despite Shell’s stated eagerness to resolve the outstanding issues, the company turned to a strike contingency plan at its huge refinery and chemical plant in Deer Park, Texas, to keep it productive. Other companies were doing likewise, including Tesoro, which said managers were operating its refinery in Carson, Calif., and planned similar substitutions at its other affected facilities.

The USW said all other refineries where its members work would continue operating under rolling 24-hour contract extensions, just as in 1980. These facilities including Exxon Mobil’s refinery in Beaumont, Texas. 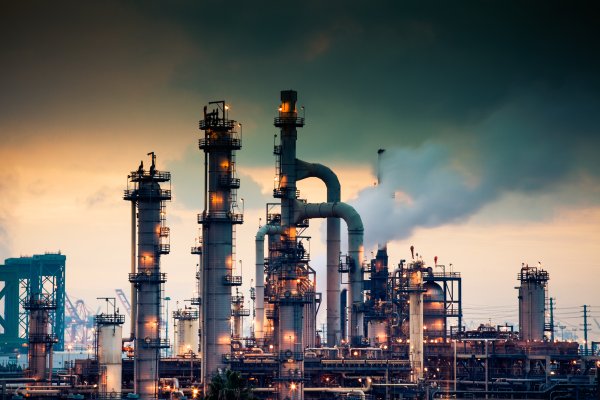 Russia, China Forge Ties With Oil
Next Up: Editor's Pick