Hillary Clinton isn’t officially running for president and she isn’t exactly campaigning yet either.

Since last year’s book tour, her public appearances have been limited to speeches, both paid and unpaid, and even campaign events where she isn’t appearing are tightly controlled. That creates a supply-and-demand problem, though, when news breaks and the public wants to know where she stands on an issue.

Enter Twitter. Though Clinton didn’t join the social media platform until mid 2013, she’s pioneered a new way of using it to flesh out her campaign platform 140 characters at a time.

It’s a great political strategy for her, though it leaves a bit to be desired among the public and the press. Clinton’s tweets come late in the news cycle, allowing her to score a quick point off Republican in-fighting after much of the debate has played out.

They’re also tightly scripted, which means there’s no problem of going off-message or losing control of the story, like she did during what should have been a softball interview with NPR that touched on her changing views on gay marriage.

The 140-character limit on Twitter also means that Clinton’s pronouncements aren’t as substantive as they often seem at first. Without reporters asking follow-up questions, Clinton can make a rather general statement about, say, being in favor of vaccination, without explaining her past doubts.

Or she can criticize an attempt to roll back the Dodd-Frank bank reforms without specifying exactly which changes to the law she would support or oppose.

Against the Supreme Court’s decision in the Hobby Lobby case:

In favor of raising the minimum wage:

In favor of childcare legislation:

Against rolling back part of Dodd-Frank:

In favor of some of Obama’s economic ideas in the State of the Union:

In favor of vaccination: 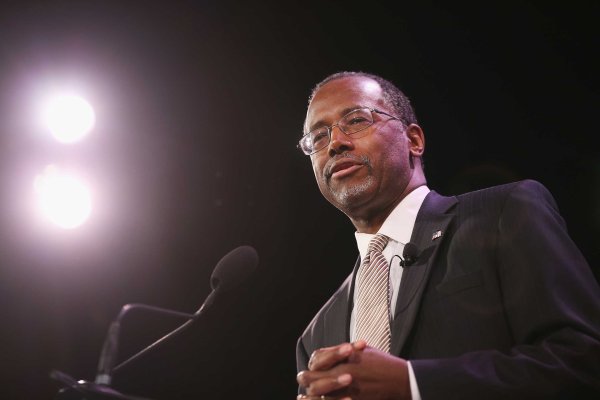 Here's What the Other Doctor Running for President Said About Vaccines
Next Up: Editor's Pick