Is It Really Time to Abandon Sony's PlayStation Network?

It’s tempting to view online services as perennial. You probably paid money for the privilege of using them, whatever the fine print you didn’t read actually says about availability, and you expect the vast province of interlinked devices we call the Internet to operate with the continuity of running water or electricity (never mind the number of power outages I’ve endured living in southeast Michigan).

When things go south, you get mad, the friends you wanted to play with are nonplussed, grumpy cat gets even grumpier–who isn’t fuming?

Thus when something like Sony’s PlayStation Network goes kaplooey, as it did at some point on Sunday, is it any surprise we’re seeing angry, hyperbolic, message-board-like news headlines? Writers jotting off zingers like “Why trust Sony ever again?”

Why indeed. But before we aim our collective invective at Sony or its online gaming peers, it’s helpful to review the pathology. Have Sony’s PSN outages crossed the Rubicon? Is it really time to cancel your online subscription? Maybe take your business across the aisle?

When people think of the PlayStation Network as unreliable, they’re really thinking about April 2011, a monumental mess wherein PSN collapsed and stayed down for nearly a month (followed by further hacks of other Sony services and embarrassing data leaks). Hackers attempted to snatch sensitive personal data, succeeding in pilfering vast troves of essentially innocuous names and addresses. The outage length–a record 23 days–was because Sony had to rethink its entire online security apparatus.

In late August 2014, the PlayStation Network as well as Sony Online Entertainment were briefly disrupted by a denial of service attack (the group responsible reportedly tweeted a bomb threat at SOE President John Smedley as he was flying to San Diego–the plane was consequently diverted to Phoenix). Microsoft’s Xbox Live was also disrupted during this period.

In early December 2014, Sony’s PlayStation Network as well as Sony Online Entertainment were once again briefly disrupted by a denial of service attack. Microsoft’s Xbox Live was also disrupted during this period.

In early February 2015, Sony’s PlayStation Network was briefly disrupted by another denial of service attack. (Microsoft’s Xbox Live went down briefly in late January–it’s still not clear why.)

Setting aside planned maintenance outages, Sony’s PlayStation Network has thus been unavailable as a result of nefarious activity less than a dozen times. Furthermore, Microsoft’s Xbox Live, while spared the colossal (and importantly, lingering) public shaming Sony endured back in 2011, has been down nearly as often. Both companies have attempted, in various ways, to compensate users for these outages.

Cognitive distortion can make molehills into mountains. The question, given the volatility of a global network susceptible to sudden malicious traffic missiles, is whether companies like Sony and Microsoft are over-promising availability, or whether consumers–obliged, in my view, to see more shrewdly through corporate hyperbole–need to take a dimmer view of what the Internet in 2015 can deliver. Denial of service attacks in 2015 remain a problem to which no company or service is immune.

I’m not apologizing for incompetence (where indeed incompetence can be proven), I’m just suggesting we’ve been sold a bill of goods about online dependability (in our minds, anyway–the fine print says otherwise) that can’t live entirely up to its claims. Not in 2015, anyway.

Is 98 or 99% availability the end of the world? I’m not so sure, though I’d definitely like to see companies like Sony and Microsoft level with us rolling forward, perhaps implementing an if-this-then-that remuneration clause, e.g. this much outage time equals that much compensatory service. At least you’d know the parameters going in. 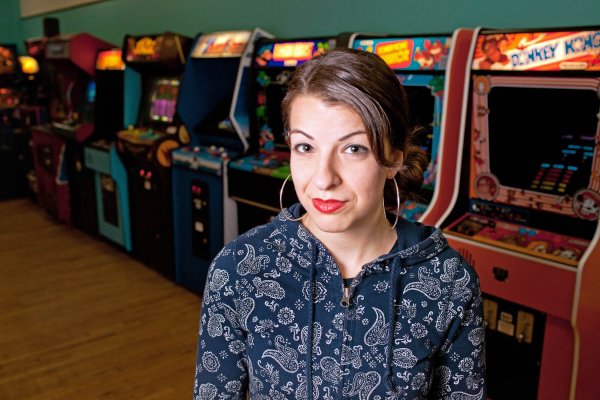 Video Games Were Never a 'Boys Club,' and Never Will Be
Next Up: Editor's Pick