When the Oscars snubbed David Oyelowo for his portrayal of Martin Luther King Jr. in Selma, critics were up in arms.

But Oyelowo says it’s just part of Hollywood’s long legacy of ignoring black actors in strong roles, pointing to Denzel Washington not winning for Malcolm X back in 1992.

“We’ve just got to come to the point whereby there isn’t a self-fulfilling prophecy, a notion of who black people are that feeds into what we are celebrated as. Not just in the Academy – just in life generally,” he told the crowd at the Virtuoso Awards at the Santa Barbara International Film Festival on Sunday.

Oyelowo, 38, also said Selma became possible almost 50 years after King’s death thanks to the financial success of The Butler and 12 Years a Slave: “I know for a fact that Selma got greenlit after both of those films made almost $200 million each.”

“Up until 12 Years a Slave and The Butler performed well both critically and at the box office, films like this were told through the eyes of white protagonists, because there is a fear of white guilt,” he explained. “So you have a very nice white person who holds black people’s hands through their own narrative. And then you have black people to be [like], ‘We don’t want to see that pain again,’ so you don’t really go into what that pain was in an authentic way. Both of those things are patronizing to the audience.”

And he defended Benedict Cumberbatch after the The Imitation Game star used the term “colored” while arguing that the United Kingdom needs to offer black actors more opportunities. (Cumberbatch later apologized for using the term.)

“Everyone has ended up ignoring the issue Benedict was talking about and focusing on that one word,” he said. “It’s actually stopped us [from] talking about race.”

Earlier on the red carpet, Oyelowo opened up about a more light-hearted fact he learned about King through researching his part.

“He was a prankster,” he told PEOPLE. “He loved doing people’s funeral eulogies to them while they were still alive. So yeah, that was probably something that people don’t expect of him … he liked to laugh.”

Watch more of Oyelowo’s appearance at the film festival below:

—With reporting by Scott Huver 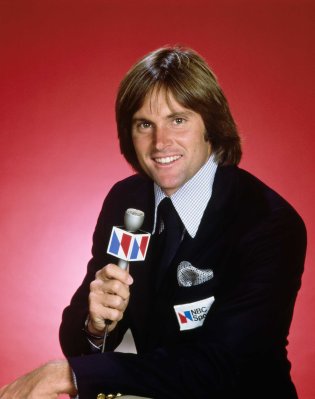 See Photos of Caitlyn Jenner Through the Years
Next Up: Editor's Pick