Sex Scenes Make Up One-Fifth of Fifty Shades of Grey

Christian Grey’s interests might be “singular,” but it looks like the film adaptation of E.L. James’ Fifty Shades of Grey is looking to explore more than just one shade of its hunky titular character.

According to the Sunday Times, the sex scenes in the film make up for 20 minutes of the overall 100-minute run time. That leaves four-fifths of the film for Christian and Ana to get to dance, write flirty emails, meet parents, and who knows, maybe even talk.

As fans of the book know, 20 minutes of sex means there’s less sex in the movie than in the book, though it could point to how the film escaped an NC-17 rating.

Read next: Kim Kardashian Saw Fifty Shades of Grey Before You 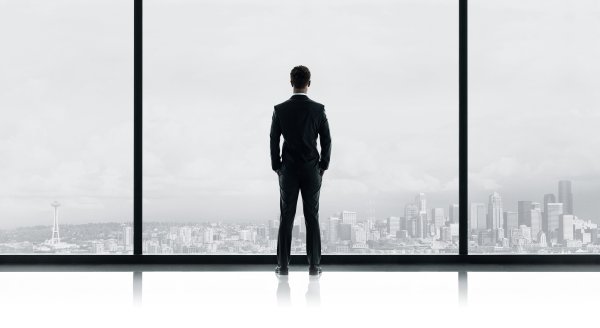 These Were the Hardest Scenes to Shoot for the Stars of Fifty Shades of Grey
Next Up: Editor's Pick