Welcome back to The Bachelor. This week, Chris Soules a.k.a. Prince Farming is rotating his crops and moving his herd to Santa Fe, because nothing helps move a man and his 11 girlfriends along the path to love like newer, greener pastures, ever closer to Iowa.

First Date: Chris wants to take Carly on a special date, and what better barometer use for “special” than Heather Graham? So Chris takes Carly to the Love Guru. They chant in unison, they blindfold each other, they wear natural-fiber white linens, they wipe chocolate on each other, and about halfway through, Carly admits that she is terrified of physical intimacy. After rubbing Carly’s thigh chakras, but before removing the physical barriers (read: clothes) that keep them apart, Chris realizes that the so-called Love Guru is actually a sex guru. (If the movie was about a sex guru, it probably would have more than 14% on Rotten Tomatoes.) They both decide it’s too weird to remove their pants in public, but have no qualms about straddling each other and breathing into each others mouths without kissing while a “love guru” monitors them closely. Chris decides he’s ready to take his relationship with Carly to the next level. That’s when Carly admits that her last boyfriend refused to have any type of intimacy with her at all. Chris breaks through that barrier on a pile of pillows with a rose in his hand and The Love Guru on the VCR.

Group Date: Everyone except Britt is invited on a group date that involves white-water rafting down the Rio Grande. All the women (mostly Ashley) pretend they are, like, super excited to go white-water rafting. Whitney somehow manages to get the catbird seat next to Chris on the raft, so he is distracted when Jade falls overboard. Turns out she has a disorder that requires a muscle-bound farmer to rub her tootsies if they get cold, and Chris does his part to help the damsel in distress while all the other women wish they had a disorder too.

The Surprise: After everyone recovers from the horrors of the river, they head to a local hotel for some cocktails and chit-chat. While the women nurse their drinks, Chris “runs into” Jordan in the lobby. What a surprise! Jordan, who is best known for being voted Most Likely to Wind Up Black-Out Drunk on the Kitchen Floor before being kicked off back in Week 2, is loitering in the lobby after driving all the way from Colorado to try and persuade Chris to give her another chance. Chris points out that she was too drunk to form a coherent sentence, let alone a coherent relationship. She makes her pitch, and Chris shrugs and throws her to the sharks a.k.a. the other women. The rest of the cocktail party consists of the women trying to tell Chris that he should send Jordan home without sounding super catty (Ashley fails on that front) until he finally cuts his losses and sends Jordan home. Then he gives the Date Rose to Whitney, which makes Ashley angry, because Whitney wasn’t mean enough to Jordan.

Second Date: If you’ve ever wondered if the Bachelor producers are evil, take the case of poor Britt. Not only is she terrified of heights and her date card clearly implies great heights, but then the producers send Chris into her bedroom at 4:30 in the morning (that’s like 11 a.m. Farmer Standard Time) and she has to wake up with him and a camera in her face. Luckily she sleeps in her makeup. Chris takes her hot-air ballooning and then to his hotel room where they make out in his bed for a while. A long while. Back at the hormone hacienda, the women’s sexy sense is tingling because they seemingly sit around bad-mouthing her until she rolls in with her bedhead and Date Rose and freshly kissed lips.

The Date Thief: Kelsey is sad, because she hasn’t been able to tell Chris about her tragic back story yet. So after Britt’s very successful date, Kelsey puts on her best mom jeans and most serious cardigan, bobby pins back her power bob and goes to tell Chris her story. She tells him all about her husband who died of congestive heart failure during his morning constitutional. Chris makes sad eyes and has no compunction about kissing the tears she shed for her dead husband away, which is some serious sloppy seconds. Then there’s a very odd interview where Kelsey exclaims that her story is “the best.” Uh, O.K.

The Cocktail Party: Chris kicks off the festivities by killing the mood and telling the women that he and Kelsey had an emotional conversation that really affected him and then he takes a second to himself. He goes to cry in the courtyard about how really real this all is and then Chris Harrison makes his contractually obligated wingman appearance to check on him. The women all speculate that he was going to send Kelsey home but now feels too guilty to do it. Then Chris decides to cancel the cocktail party, because Kelsey taught him that every day is precious, and he doesn’t want to waste any time drinking and making small talk when he already knows who he wants to go home. Ashley and MacKenzie cry about the fact that they have sad stories, but they aren’t as sad as Kelsey’s sad story, and isn’t that sad? Suddenly the halls of the house fill with Kelsey’s disembodied wailing. She is collapsed on the floor and a paramedic is crouching over her. Seems like she is having one heck of a panic attack, but the paramedic may not have a big enough Xanax-Valium eight-ball to fill the void of possibly maybe getting kicked off the path to love. To find out, though … we’ll have to wait until next week. That’s right this episode is to be continued.

The Best Moment: As audience members struggle with the lack of resolution, the producers throw us a bone in the form of boneheaded Megan. “I never figured out why they called it ‘New Mexico’ instead of ‘Old Mexico,'” she says while wearing a sombrero, which is “the fanciest hat” she has ever worn. Megan, FTW.

Read next: Watch Blake Shelton Mock The Bachelor on SNL 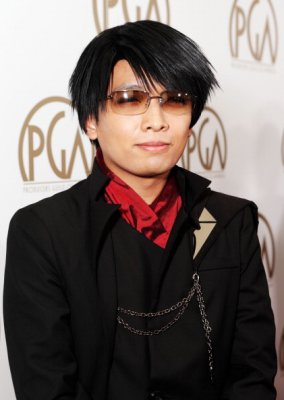